So Minnesota: The ghost town of Brickton

There’s one town in Minnesota north of Princeton that’s been wiped off the map.

Brickton is a ghost town that no longer exists.

“It was a town,” Barry Schreiber with the Mille Lacs County Historical Society. “It was a place. People lived their whole lives there. Fact of the matter is the town of Brickton is completely gone.”

Starting in the late 1880s, because of high-quality clay in the ground, a handful of companies started making bricks in Brickton. 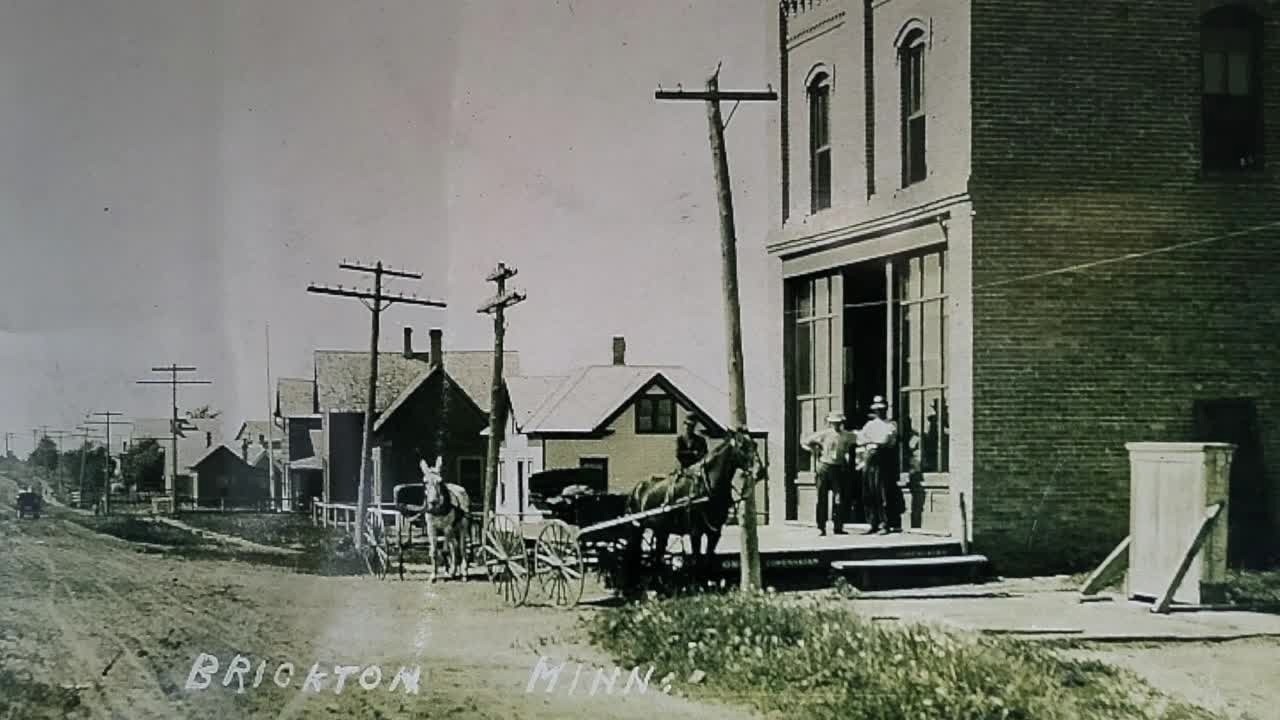 This picture shows what used to be known as Brickton, Minn. (Mille Lacs County Historical Society)

The small town of Brickton had two stores, a post office, a school house and homes. Trains of 40 boxcars would haul Brickton bricks. They could make 20 million bricks every year. Companies only worked when they could dig clay from the ground, between April and October.

“Many of the men who worked in the brickyard in the summer went a little farther north to do logging in the winter,” Schreiber said.

By the late 1920s, 40 years after Brickton was born the town quickly died, as the brickyards closed.

“Concrete block was starting to appear as a construction material,” Schreiber said. “It took the place of bricks being sold it was a number of factors it wasn’t one thing.”

Brickton became a ghost town with all buildings being torn down or moved.