An air quality alert is in effect for parts of northern Minnesota.

The alert was issued Tuesday and is in effect until 9 a.m. Friday, according to the Minnesota Pollution Control Agency (MPCA).

The MPCA states the air quality alert is due to smoke from wildfires north of the Canadian border in Ontario and Manitoba.

The smoke is expected to remain over Minnesota through at least Friday before southerly winds push the smoke northward. 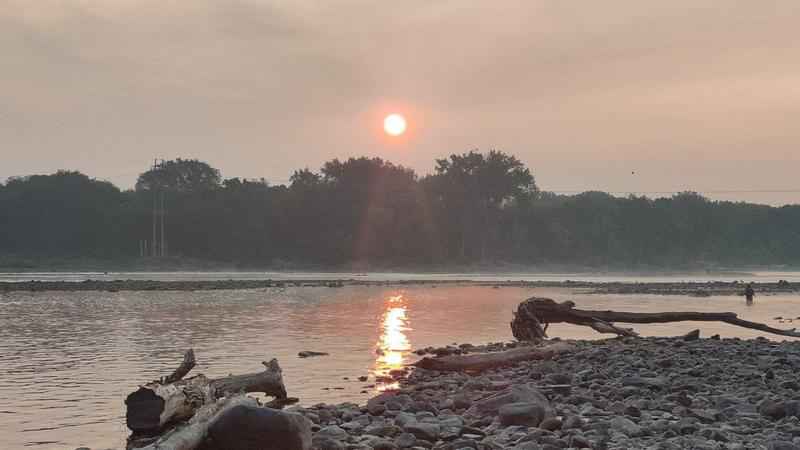 A KSTP photographer captured this photo of a hazy sky over Coon Rapids Dam Regional Park on Monday.[KSTP/ Chris Knoll]

The MPCA state those most at risk include people who have asthma or other breathing conditions; people who have heart disease or high blood pressure; people of all ages who are doing extended or heavy, physical activity outdoors; and children and older adults.

Meanwhile, Chief Meteorologist Ken Barlow says there is a chance for some severe storms Wednesday, especially south of the metro.