A 9-year-old Minnesota boy was bitten by a shark as he body surfed in Miami Beach over the weekend, his parents said.

Kristine Weiskopf, of Eagan, told 5 EYEWITNESS NEWS she and her son, Jay, were in the water for only a few minutes when the shark bit the boy.

“I was holding his hand the whole time and he was kind of body surfing a little bit and he had fallen on his stomach,” she said.

When she pulled him up, she said she saw a chunk of skin missing from his shoulder.

“He just said, ‘Ow,’ and I looked down and there was about a 4-foot gray shark just kinda swimming away, so I just scooped him up and ran him up the beach,” she said. 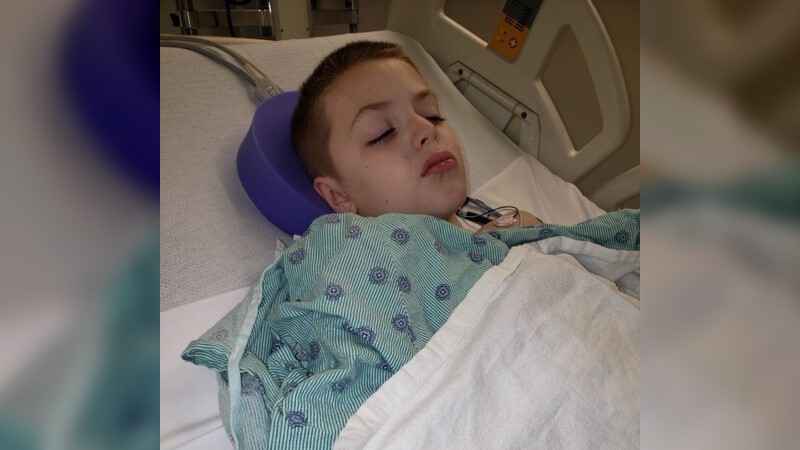 A Miami Beach Fire Rescue crew took the child to the hospital where surgeons closed the wound, his mother said.

“He’s such a great kid and we’re still in shock, but thankful. We thank God that he didn’t take his life. That he’s gonna be OK,” the child’s father, Ren Weiskopf told WPLG-TV.

Kristine Weiskopf told 5 EYEWITNESS NEWS Jay was expected to be moved out of the intensive care unit on Monday, and doctors say he’ll make a full recovery.

The Weiskopfs still have a couple more days in Florida before coming home and said they hope to have at least one family day together before leaving.