When Shequita Heard visited a friend in Red Wing a few years ago, she never even made it inside the house. She was stopped by city police officers who were responding to a complaint about drug use in the neighborhood.

Heard said she felt targeted and harassed, and the next thing she knew, she was on the ground bleeding.

“They just threw me to the ground. My face hit the ground. I was bleeding everywhere. They tore my shoulder,” she told 5 INVESTIGATES in a recent interview.

Records show the officers thought Heard said, “I will shoot you.”

Heard claims she said “sue” — which she ultimately did — alleging excessive force by the officers involved. The city of Red Wing settled the case for nearly $80,000 in 2019. 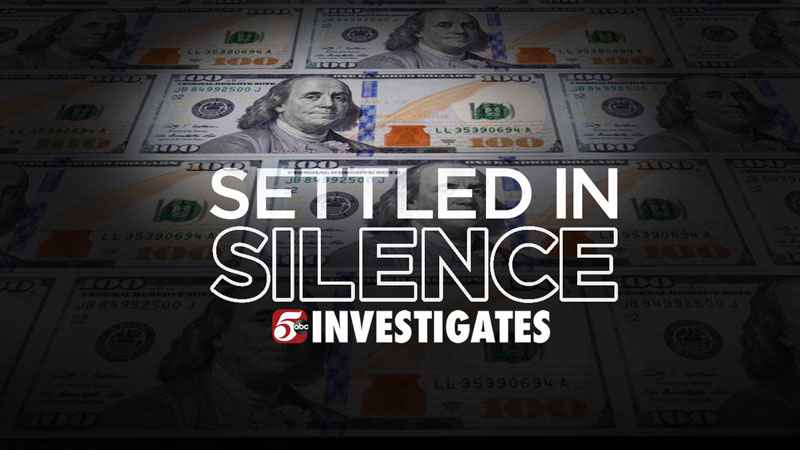 But her settlement was never made public. The terms were not disclosed in any press releases, social media posts or council agendas.

The council never even voted to approve the payout.

When asked, a city official would not say whether the allegations of police misconduct were disclosed in any other public records.

In fact, the city of Red Wing had little do with Heard’s lawsuit, according to the city official.

Instead, the city “authorized” the League of Minnesota Cities to handle it. The League is a little-known but highly powerful organization that was recently thrust into the spotlight after the police killing of Daunte Wright in Brooklyn Center led to questions about a possible lawsuit.

“We are part of that insurance pool,” said Mayor Mike Elliott at a recent press conference.

The League assists hundreds of towns and cities like Red Wing and Brooklyn Center on matters such as human resources, policymaking and liability insurance.

But when the League is called, cases of excessive force involving police officers are routinely settled in silence, according to a review of city agendas, minutes and other publicly posted documents.

In addition to Heard’s case, 5 INVESTIGATES identified nearly three dozen other cases in which towns or cities did not approve, vote on or publicly disclose almost $4.5 million in combined settlements paid by the League.

Legal experts who reviewed those findings say the organization is being used as a “barrier to transparency.”

“The public should know what and how and where their monies are spent,” said Kenneth Udoibok, a Minneapolis attorney who has been suing cities over police misconduct for more than two decades.

Cities provided varying reasons for why settlements handled by insurance are not disclosed in public meetings or records.

In Burnsville, a city spokesperson said a settlement “did not require formal council approval” because it was paid out by the League.

“You can’t say it’s the League’s money. It’s not. It’s public money and we ought to know,” Udoibok said.

The League of Minnesota Cities refused multiple requests for an interview. But in a series of emailed statements, Dan Greensweig, an administrator, said the League takes a “collaborative approach” with its member cities and typically “will assist with a public statement” upon reaching a settlement.

5 INVESTIGATES asked to review all public statements that disclosed any details of the 32 settlements paid out by the League over the past decade.

The League provided only four such statements.

“I think, frankly, that is information that the public should have,” said John Rappaport, a law professor at the University of Chicago who has focused on police misconduct and the role of insurance.

Rappaport believes the League is a valuable service, especially for cities with smaller budgets and staff. He added there are no rules or policies that prevent the League or cities from telling the public when it’s paying money to settle claims of excessive force.

In many cases, the only way to get that information is to submit a public records request for the terms of the settlement.

By not disclosing those terms in readily available records such as agendas or minutes, critics like Shequita Heard argue it allows cities to avoid scrutiny and accountability.

“They paid me to be quiet,” she said. “Everybody has the right to know what’s going on. Taxpayers, non-taxpayers. Anybody.”