Man who killed 1, injured another sentenced to over 26 years in prison

A man was sentenced Tuesday morning to over 26 years in prison for killing one man and disfiguring another two years ago on a Metro Transit bus in Minneapolis.

Malcolm James Lessley, 29, pleaded guilty on May 26 to one count each of second-degree murder and second-degree attempted murder in connection with the killing of 51-year-old Tommie McCoy.

On Tuesday, Judge Jay M. Quam of Minnesota’s Fourth Judicial District upheld the terms agreed upon in that petition. 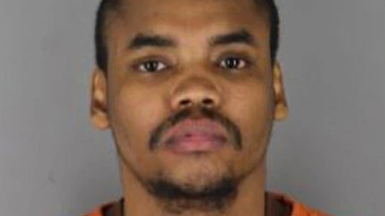 “He took a bright light from our family,” McCoy’s sister, Lavenia McCoy, said.

Prosecutors say officers responded to a reported shooting the night of Feb. 6 inside Ramp A at First Avenue and Ninth Street. Dispatchers told police the shooting happened aboard a Metro Transit C-Line bus and a person was shot in the face.

Emergency personnel found McCoy lying on the ground in a pool of blood. He was pronounced dead at the scene. Another man who had been shot in the face was taken to the hospital in critical condition, a criminal complaint states.

Police tracked down Lessley a few blocks away and arrested him. He matched the description witnesses gave to police and he had a 9mm handgun in his waistband.

Lessley also spoke at his sentencing and expressed regret.

“I want to take this time to apologize to the victim’s family, I didn’t have intentions on hurting anybody, I wasn’t in my right mind,” he said.