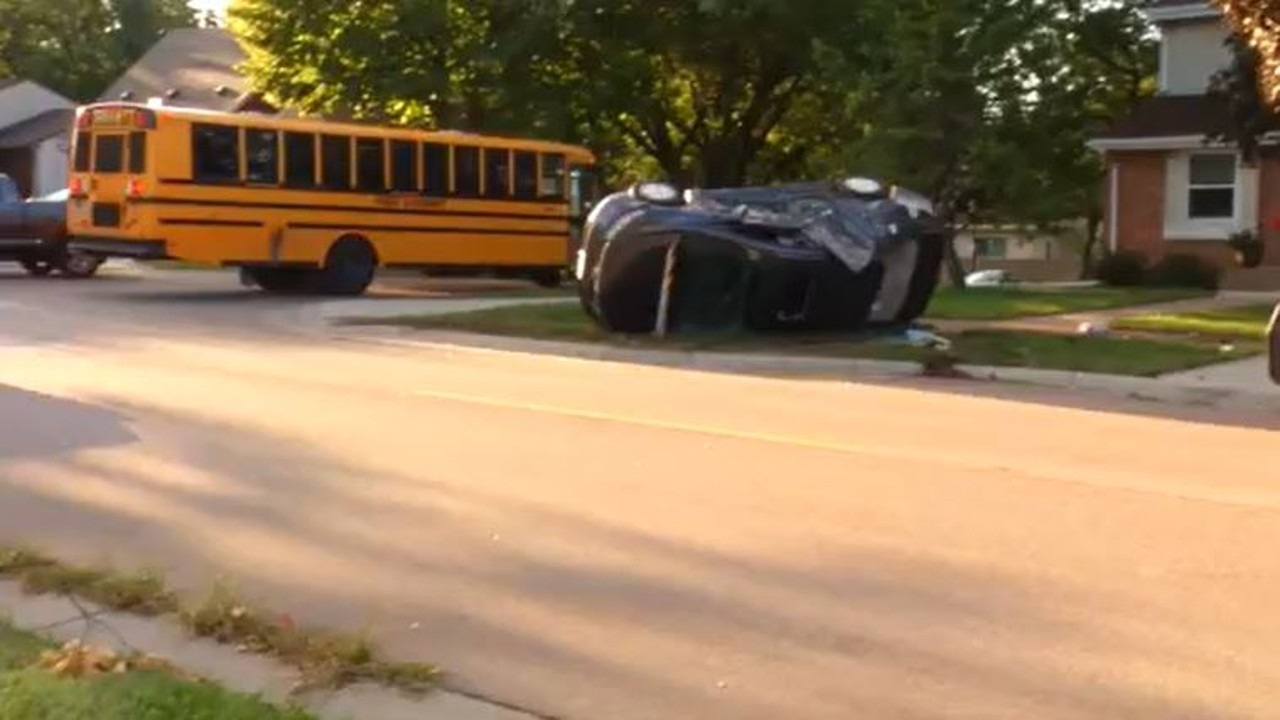 Police say no injuries were reported Monday morning after a school bus and another vehicle collided on the city’s Eastview neighborhood.

According to St. Paul police, officers were called to the intersection of Germain and East Third streets shortly after 7:15 a.m.

Police say there were 11 students on board the school bus but nobody was injured. It is unclear which school the students were headed to.

A 5 EYEWITNESS NEWS photographer at the scene saw an SUV on its side near the intersection.

It isn’t clear at this time what led up to the crash.