For the first time since at least three incidents possibly involving guns at Robbinsdale Area Schools, parents were able to address school leaders.

Three different times last week, parents were notified by the district that there were incidents involving a gun, or a potential gun, at two of their middle schools. Each time, the district did not notify law enforcement right away — something multiple police departments have concerns with.

“Our district is in the news this week for reasons that are not positive. Both Robbinsdale and Sandburg middle schools experienced separate incidents involving weapons,” Superintendent David Engstrom wrote in a letter to families late last week.

Following a listening session, where community members were able to speak, Superintendent Engstrom addressed the incidents and made a promise to parents. 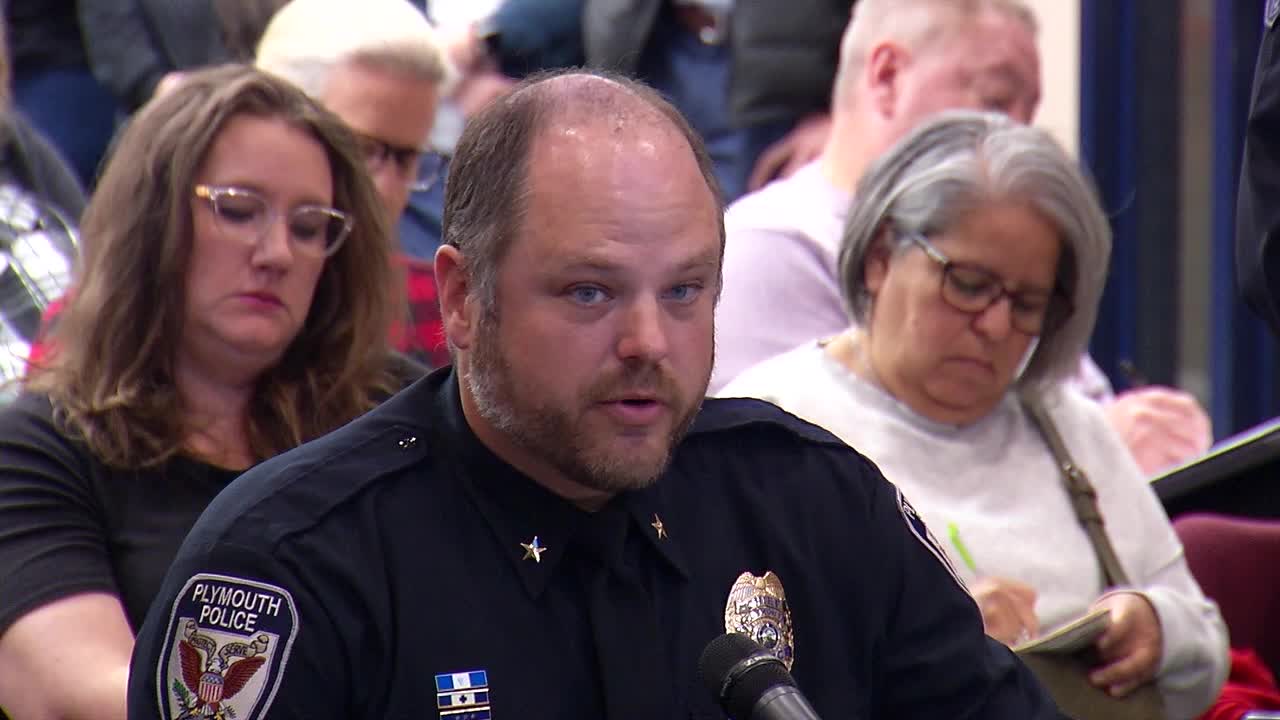 “I know we need to improve how we respond to threats and allegations,” Superintendent Engrstrom said. “Robbinsdale Area Schools is actively reviewing and revising our procedures, our processes, and our practices for responding to allegations, threats and images.”

One speaker, whose sixth grade son goes to school in the district, Mike Shanor, was upset about the length of time between the incidents and the district sharing details.

“I want to know that if something like this happens I’m not going to find out about it five days later, that’s unacceptable,” Shanor said. “I don’t care if it happens Friday night, Saturday night, it happened on school grounds, parents need to be notified.”

“There may be some things that a school district needs to do in order to figure out what happened internally, and just review incidents, but the first step should be to call law enforcement,” Chief Fadden said.

Part of the night included a closed door meeting with the superintendent and the school board where they planned to discuss the school safety, the incidents from last week and how to improve handling similar situations in the future.

Also on the agenda was discussing additions and changes to the district’s weapons policy. The district told 5 EYEWITNESS NEWS the board addresses their different policies throughout the year to make any needed adjustments and the incidents from last week did not play into their weapons policy being on the agenda.

While nothing was decided tonight, there seemed to be support surrounding one of the additions to the policy regarding specific verbiage making a school’s principal the one to report a weapons incident to law enforcement.

This was also something was going to be discussed in the closed door meeting. When asked if there was anything to report from that meeting before 5 EYEWITNESS NEWS’ Nightcast, the district said, “The closed meeting is over. There isn’t a statement to share. The board isn’t releasing anything this evening.”

If you are using the KSTP app, you can watch the full report here.