Robbinsdale Area Schools calls it an "opt-out" plan, essentially asking parents if they’re able to drive their kids to and from school so a school bus isn’t needed.

Janet Elkins and her two boys are enjoying pushing each other around in their toy trucks outside on a beautiful fall day. While their toys won’t be reliable transportation to get them to school, their parents, along with the help of neighborhood carpools, are able to get them there.

"We just started school this year and we opted out of bussing because our schedules work to do drop off and pick up," Elkins shared.

In Robbinsdale Area Schools, there are 55 bus drivers for 55 routes each day. There are no extra drivers on standby, and that’s after the district already cut 12 routes.

"Every day we are short drivers, and every day we are contacting parents saying we don’t have a bus for you today, and that’s getting really frustrating for everybody," said Jeff Connell, the executive director of facilities, operations and transportation for Robbinsdale Area Schools. 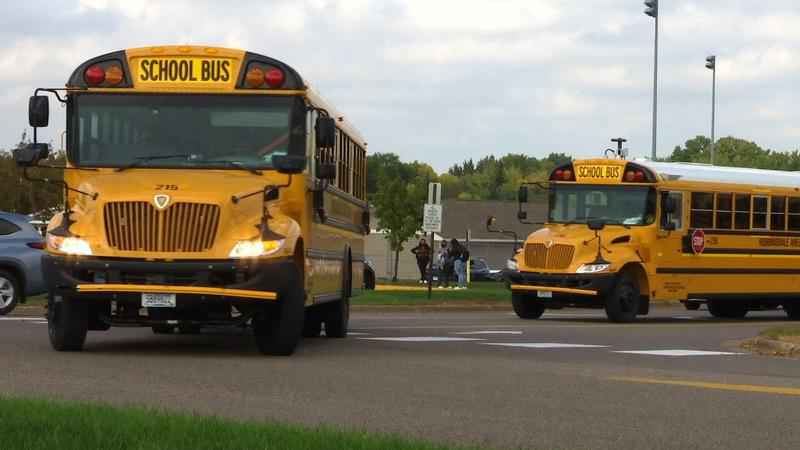 It’s why the school district sent a survey out to parents asking if their student is able to opt-out of bussing.

"If you are a parent and you can provide transportation, then we are asking that you make that commitment to us for the rest of the year," Connell said.

The district is hoping 20% of families will opt-out.

"If we get 20% of people to opt-out, then we can get to a model that the number of drivers and routes are running every day," he said.

The rest of the routes and students would be rerouted.

"Rerouting is a big deal, it takes four to six weeks, you have 11,000 students to figure out where they are going to be and what route they need to be on for each building," he added.

Connell says even if you opt-out now, you can still opt back in later, if necessary.

"If you give us that commitment and something happens, you change jobs, life doesn’t afford you that luxury to do this, you can opt back in," Connell said.

For the Elkins family, it’s about helping others and freeing up bus space for students who need it.

"I am glad they are trying to troubleshoot and figure out solutions that are going to work for people," Elkins said.

This plan would likely kick in for the start of the second semester, which is in mid-January.

The district says the hope would be to train drivers over winter break and get them up to speed on the new routes by January.