A reward is now being offered for information leading to an arrest and conviction in the recent fatal shooting along Highway 169 in Plymouth.

CrimeStoppers of Minnesota announced Friday a reward of up to $1,000 will be offered. 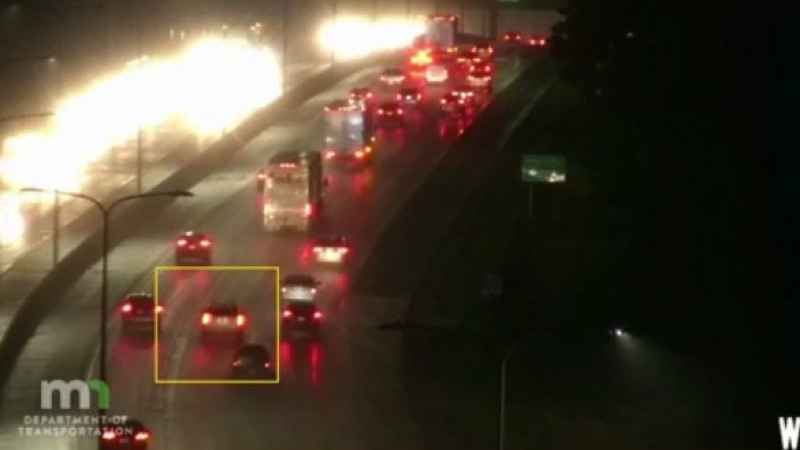 The Plymouth Police Department released video from MnDOT the night of the fatal shooting along Highway 169.[MnDOT Traffic Camera]

Plymouth Police Chief Erik Fadden asked those in the area at the time of the incident, if they have dashcam video, to please contact CrimeStoppers or the police department.

Fadden noted that the investigation has taken a "painstakingly long" time since rain droplets on the cameras make for a difficult analyzation process.

Police also released a time-stamped map of the night of the shooting.

The shooting happened at about 10 p.m. Tuesday on the highway, south of County Road 9.

The Armstrong-Cooper Youth Baseball Association confirmed Boughton was one of the assistant coaches on their 15AAA team and stated he was on his way home from a game when the shooting happened. Fadden says the incident isn’t road rage-related, but stated some sort of "traffic altercation" occurred and police are still trying to find out what exactly took place.

Fadden said he "wouldn’t classify this as any sort of road rage incident," adding it appeared to be "some sort of traffic altercation, lane-changing use, something very minor, this wasn’t a back and forth."

Fadden went on to say the incident "escalated quickly and we don’t know why right now."

Plymouth police are asking for the public’s help in identifying the suspect vehicle, which is believed to be a light-colored SUV, possibly a Ford Expedition, Chevrolet Tahoe or Suburban, or similar vehicle. The suspect vehicle reportedly has damage to the driver’s side rear bumper.

Watch the full news conference via the video player below.