A new report predicts a global pilot shortage will emerge in the coming years as the travel industry recovers from the pandemic.

There could be more than 12,000 unfilled jobs across the country by 2023, according to management consulting firm Oliver Wyman. The firm projects a global gap of 34,000 open positions by 2025.

The report cites a number of factors for the predicted shortage, including an aging workforce facing mandatory retirement, fewer pilots exiting the military, and barriers to entry, such as the cost of training.

Aviation schools in the Twin Cities tell 5 EYEWITNESS NEWS they believe the projections will become reality if current trends continue.

"Pilots are mandatory retirement at age 65 for the airlines, so they are retiring faster than we can get them trained," said Corey Grape, general manager at Thunderbird Aviation. “And with increased federal safety regulations, students need to complete more flight hours to get hired now than they did a decade ago.” 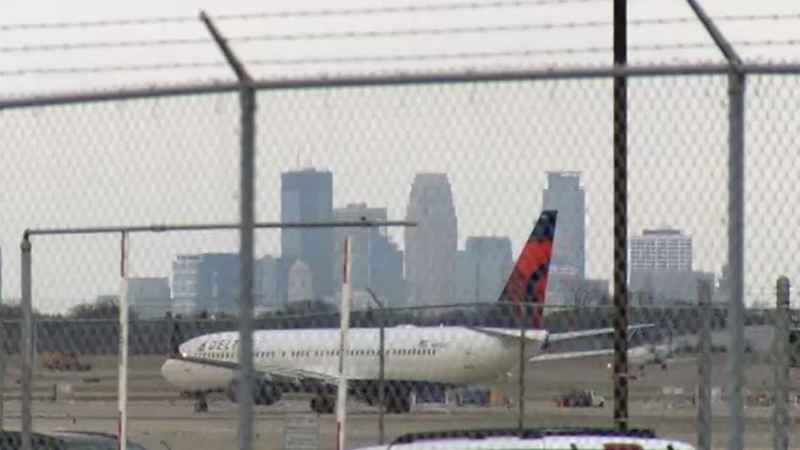 Thunderbird Aviation is affiliated with Academy College in Bloomington, which offers a commercial aviation degree. Students get their flight hours at Flying Cloud Airport in Eden Prairie.

Grape said the industry started to see a shortage of pilots a few years ago.

"Before COVID, there were airlines that were canceling flights not because of maintenance but because they didn’t have pilots," Grape said.

He said the pandemic has temporarily paused the problem since air travel dropped over the past year. He expects the demand for flights to start picking back up, which will also increase the demand for pilots.

"The federal government knows, the FAA knows it could be a problem and that’s why flight training was considered by the federal government as ‘essential’ throughout COVID," Grape explained. "With the airlines not hiring for the last year, when things ramp back up and they don’t have enough pilots, they will be coming very fast to the schools to get those pilots."

The Oliver Wyman report states: "A major question facing the aviation industry is when demand will return. For passenger recovery, estimates range from early 2022 to 2024 and beyond. … While utilization and resulting block hours still lag historic levels globally, we expect the demand for pilots to proceed the recovery of passenger growth by two to three quarters. … Eventually, the impact of furloughs, retirements, and defections will create very real challenges for even some of the biggest carriers."

According to the report, the impact will be felt differently depending on the class of airline. They said 83% of regional carriers surveyed find it challenging to recruit talent, compared with 22% of low-cost carriers.

The report goes on to say: "Decisions taken today to survive the coronavirus pandemic may threaten the ability of airlines in some regions to recover and grow in the future."

Aviation students like Jake Lebeis at Academy College have been eyeing the projections as well.

Grape said pilots can earn their degree in two to four years and must complete 1,000-1,500 flight hours to qualify for employment with a major airline.

“Flight training isn’t cheap but it is directly proportional to the salary in the end. And it’s a career field that has some perks to lifestyle,” Grape said.

The Oliver Wyman report concluded by saying: "How quickly airlines can regrow their operation will be guided by how quickly they can regrow their pilot ranks. Those that take action now increase the agility of the airline to capture demand as it recovers."