A shelter-in-place alert issued Tuesday morning caused chaos and confusion around the Twin Cities, warning a homicide suspect was at large without giving any location information.

The alert sent at 10:50 a.m. reached phones in parts of Ramsey, Hennepin and Dakota counties. Ramsey County officials later shared this was accidental, and only a small section of Roseville was supposed to receive the alert.

“The intent was to limit the messaging to the area, which was essentially a little bit over 1 square mile,” Deputy County Manager Scott Williams told 5 EYEWITNESS NEWS.

It took another 25 minutes for dispatch to send another message identifying the affected area, and a third and final alert announcing the all-clear went out around 11:30 a.m. after Roseville police took the suspect into custody. 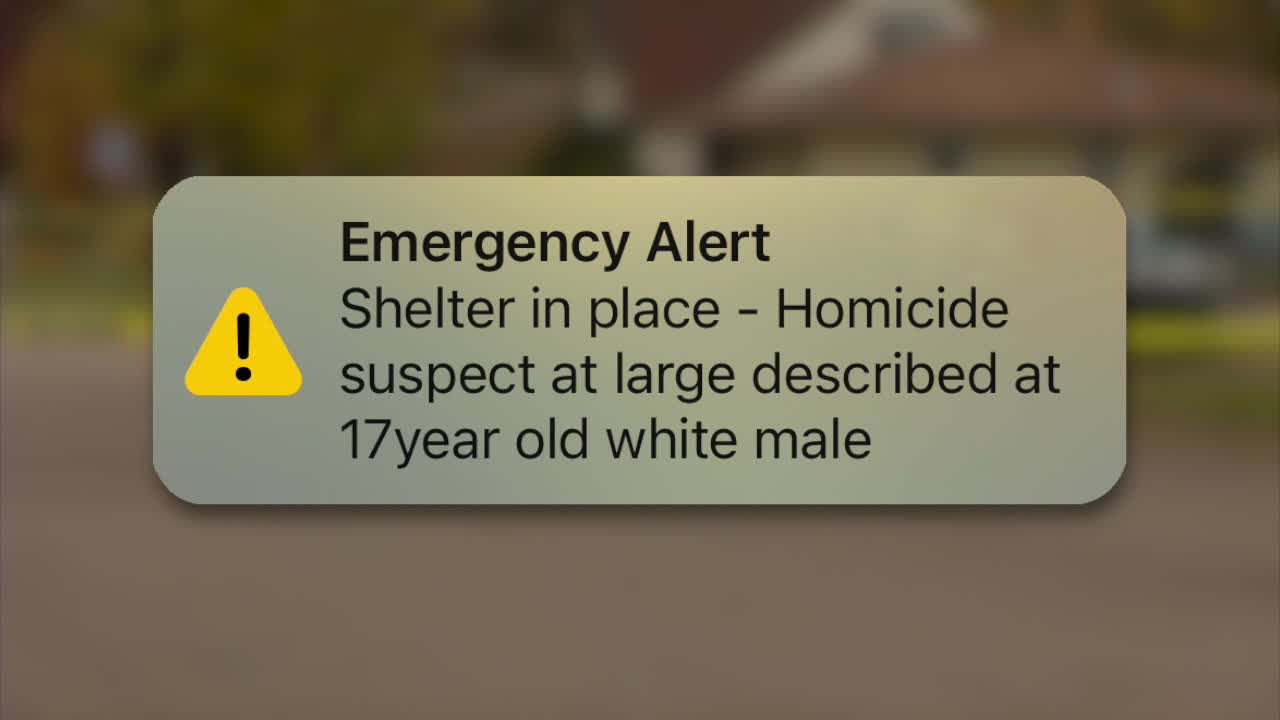 Ramsey County dispatchers sent out a shelter-in-place alert warning of a homicide suspect on Tuesday, Oct. 25. The message did not offer any location details, causing mass confusion across the metro. (KSTP)

Officials with the Ramsey County Dispatch Center say they are now investigating a possible glitch in the technology, but at this point, they don’t know what caused the alert to go out to so many people.

“We feel terrible about that this happened and the consequences and the confusion and the fear that this caused,” Williams said. “Our understanding is that at the schools nor near the area, daycares went into lockdown.”

Guidance from the Minnesota Emergency Alert System Statewide Plan states emergency alerts “should be clear, concise, and used only when necessary to protect lives or property.”

“If we made the mistake, we’ll stand tall and own it,” Williams said. “Because the most important thing at the end of the day is preserving public confidence in the system. That’s very important for protecting for protecting the public.”

5 EYEWITNESS NEWS asked how many people got those alerts, but Ramsey County said it will be difficult to pinpoint an exact number. Officials did say finding out which cell phone towers relayed the alerts could help tell them how far the messages went.