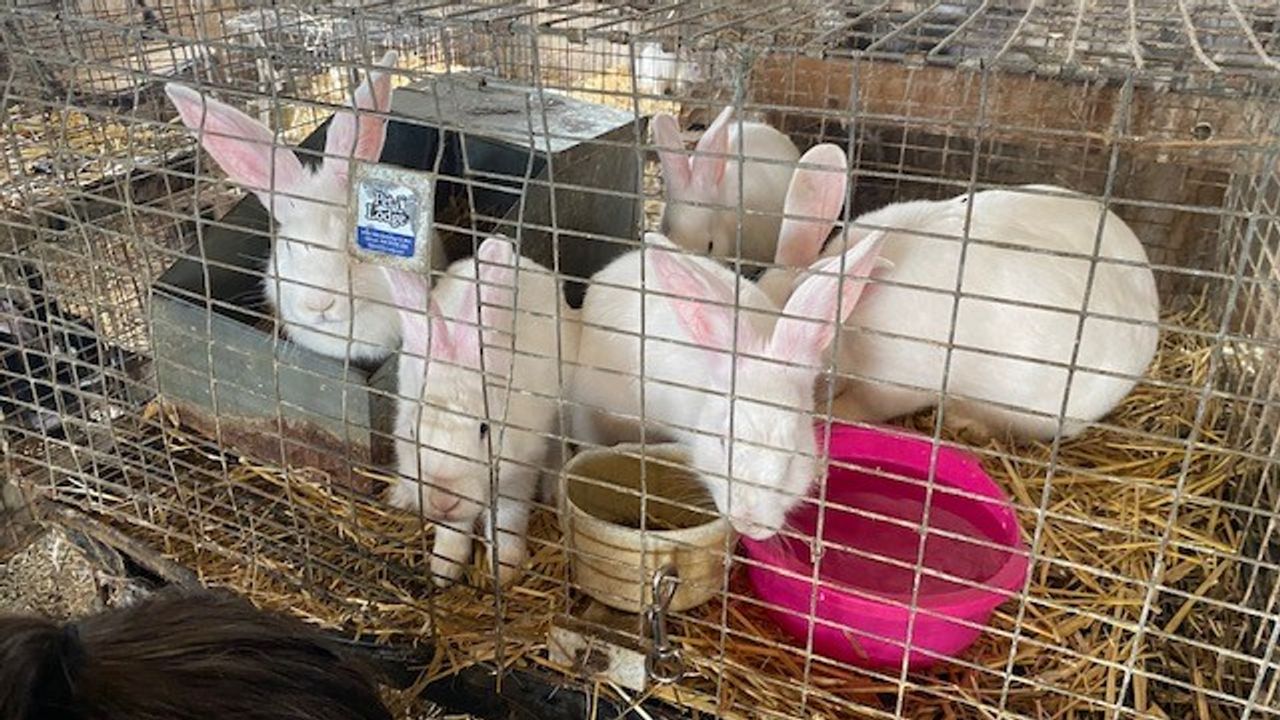 A search warrant executed by the Savage Police Department states 20-40 rabbit carcasses were seized and many other rabbits were found sick and injured in a barn connected to Peacebunny Foundation.

Savage Police say they responded to a report of animal neglect at a barn in Savage on Monday, June 27.

According to a warrant completed by Savage police, the property owner hadn’t heard from the organization in several days, so she checked on the barn and found numbers of dead, sick or injured animals.

She estimated there were about 200 rabbits in the barn.

A Minnesota Humane Society investigator recorded a statement after assessing the conditions, saying in part:

“I observed neglect and cruelty. I observed animals in need of veterinary care and poor conditions that in my professional opinion, did not occur overnight. I observed two deceased and decaying carcasses… These rabbits are not being given consistent proper nutrition/forage and enough water. Their cages were too small, unsanitary and the air quality was very poor. There were flies, mice and rats observed. There are most likely several pregnant females. I observed babies that were so tiny, they were able to get through the metal of their enclosures and then had difficulties getting back into the cages of where I observed larger adult rabbits, assumed to be their mothers. Some dishes were too big for these little bunnies to drink from and one almost fell into the bowl trying desperately to drink.”

Detectives state in the warrant two adult rabbits, 16 baby rabbits and 20-40 rabbit carcasses were seized in the search.

In an update Friday, the Savage Police Department said it is forwarding the case to the Scott County Attorney’s Office, which will decide whether to bring formal charges.

Minnesota Federated Humane Societies posted a statement Wednesday with further details, such as feces piled so high rabbits were tunneling through it.

Minnesota Federated Humane Societies has provided some photos, shown below.

Peacebunny issued a statement reacting to the investigation, saying in part:

“Many of you have never heard of our programs until today…and then there are those who have followed us for years and have taken time to write in and share what’s on your heart. And if I were watching the news and saw these stories, I would likely respond like many are right now with questions and lots of emotion.

“I’m so grateful for caring hearts who are providing foster care for the new babies and for one rabbit that is getting medication for a newly infected eye.

“Because I sincerely believe that apologies without actions are useless, I’m working with some trusted adults who have spoken wisdom into my life over the years as I start to craft what an apology and accountability might look like. But for today, I wish to say I’m sorry to the rabbits that did not get the absolute best care because of any choice or action or inaction I took. I apologize to those who have followed our journey and who have invested in our mission and are feeling deceived or at the very least disappointed. I apologize to the rabbit community whose trust has been shaken. I also apologize to the new farm owners for not getting things cleaned up on their timeline while we traveled.”

The organization’s most recent can be found by CLICKING HERE.