Protesters gather in Uptown for a 4th night after deputies shoot, kill man 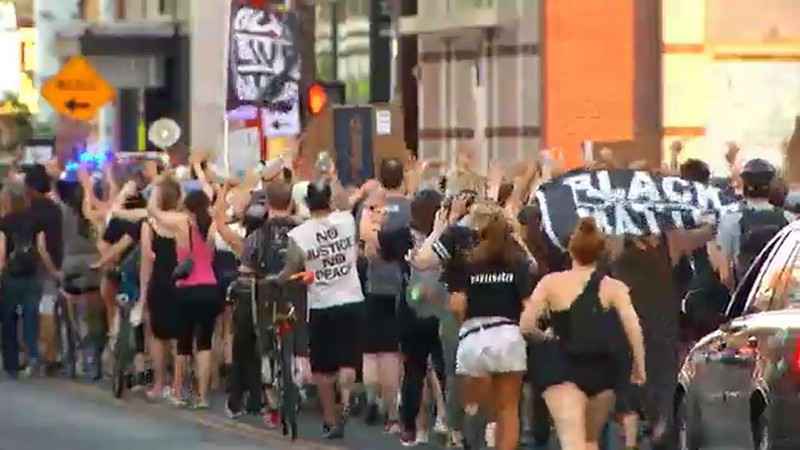 Demonstrators gathered Sunday evening in the Uptown area of Minneapolis for a fourth night in response to sheriff’s deputies shooting and killing an armed fugitive.

About a hundred people marched on a short route starting from the parking ramp on Girard Avenue where 32-year-old Winston Smith, a Black man, was shot on Thursday.

Investigators say Smith was wanted on suspicion of a felony weapons violation and had shot at law enforcement after squad cars cornered him inside his vehicle. Sheriff’s deputies from Hennepin and Ramsey counties returned fire, and Smith was pronounced dead at the scene.

None of the law enforcement officers involved were wearing body cameras, and there was no dash camera footage, either.

There have been marches and vigils held on Lake Street for the past several nights, which have largely remained peaceful.

On Friday police arrested 27 people in connection with damage to businesses and property in the area, but no looting was reported. Demonstrators marched through the neighborhood again Saturday night, and no property damage was reported overnight.