Prior Lake student says she was target of racist attack, calls for accountability

Prior Lake-Savage Area Schools and Savage Police are investigating a racist video posted by a student that’s been shared widely on social media.

The district confirmed on Tuesday that it launched an investigation after receiving several reports about the post. Over the course of a minute, the video shows a student repeatedly making racist attacks and encouraging a student to end their life.

A 14-year-old student told 5 EYEWITNESS NEWS she was the target of the post.

“It was just the most disgusting thing I’ve ever witnessed in my entire life,” said Nya Sigin, a freshman at Prior Lake High School. “I was feeling I was confused. I didn’t really know what I had done to even deserve it.”

Nya said another classmate shared the video with her on Monday night. 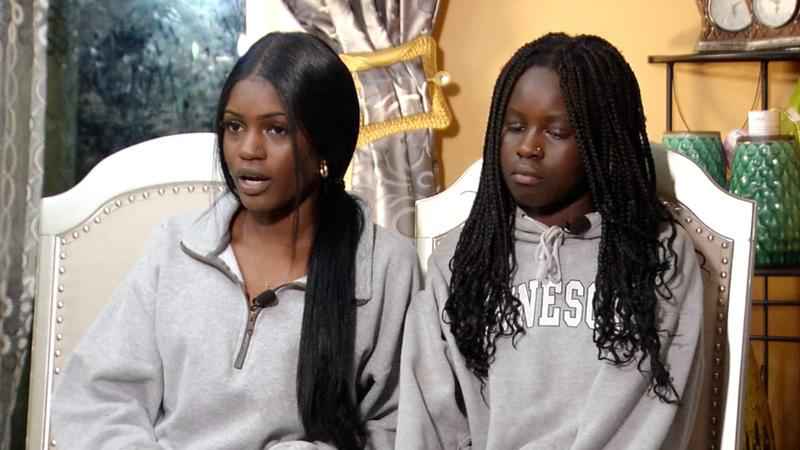 “When I first saw the video, I hadn’t really processed everything that was going on,” she said. “I was hearing the words but yesterday I was in my counselor’s office, and I was really talking about it to them, and that’s when it all really hit me and how personal it was to me. That was just really hard because I just had this wave of emotions.”

Her sister, Elizabeth Sigin, is a senior at Prior Lake High School and described her outrage and anger in seeing the video.

“It was sick,” Elizabeth Sigin said. “I watched the first half and it was nothing new, I see racist things all the time. And then it got to the second half where it was actual threats and actual vile language and I was just so mad.”

She detailed the bullying she said her sister has endured from the girls who created the post.

“It’s not an isolated incident,” Elizabeth Sigin said. “I don’t know at this point what I can do to make sure that this stops for good because it’s too much on my sister. It’s too much on the family to just constantly be in these issues where somebody is harassing her and somebody is bullying her and she’s only a freshman. She still has three more years of being at the school, and I want those three years to be good for her.”

As they sat side by side, Nya opened up about her struggles with anxiety and depression, including a suicide attempt in May.

“I finally have entered the part of my life where I feel like I’m finally overcoming that,” she said. “This whole entire situation happens and it just feels like a relapse.”

Addressing the students who made the video, she said, “Talking about my suicide attempts is absolutely not OK. I don’t think they even understand the impact of this on me and my family, to even make these comments.”

The sisters hope by speaking out they can prevent other students of color from facing racism and destigmatize mental illness. They are calling on the district to penalize the students who created the video.

“I want to see them hold these people accountable,” Elizabeth Sigin said. “It’s already hard enough being in such a predominantly white area as a Black family, and as Black women, it makes it so much harder for us. I really just want to see my school do something about this video and give real consequences to the students who are involved.”

She shared she’s grateful for the outpouring of support she’s received from the community.

“It’s just the most, like, immense feeling of the love from everybody that showed their support for me and my family,” Nya said. “It’s just it’s honestly like an unexplainable feeling. I couldn’t even express how thankful I am for everybody.”

Superintendent Dr. Teri Staloch released a statement, which said, “Our schools do not tolerate racism and hate speech. An investigation into the students involved with the video is underway and we will take appropriate action. We remain focused on our priority of providing safe, supportive and inclusive learning environments for all students.”

The district also sent another letter home to families on Wednesday responding to the situation. Read the full letter here.

A GoFundMe page for Nya has so far raised more than $38,000 to support her college fund.