"We are all connected," Marek said. "That’s where it started."

Sixty-three-year-old Schweich is in need of a kidney. He has dialysis three days a week and has been told he might have to wait as long as seven years on the transplant list.

Marek, along with some other members from the Class of ’75 are trying to help find a kidney donor. They’ve raised money to create a billboard picturing Ted and his granddaughter and information on how to find out more about donating.
They are hoping thousands of people see it along the interstate every day, including the right person.

"All it takes is one," said Schweich. 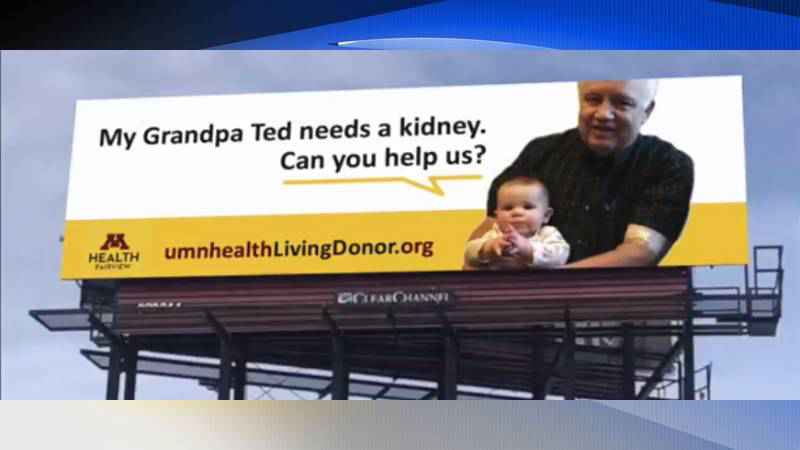 "I think that picture, especially with his granddaughter creates a powerful message," said Marek.

The billboard is in production now and will go up along I-35 in April.