Power could take days to restore for thousands in northern Minnesota

Tens of thousands of Minnesotans still don’t have power Thursday night, and power companies say it could take days for some to get it back.

High totals of wet, heavy snow fell throughout the state, with the central and northern parts getting the most.

Minnesota Power, which serves some of the hardest hit areas, said as many as 100 power lines were down across its coverage area. As of late Thursday night, more than 7,500 of its customers did not have power. Another power company in the area, East Central Energy, had more than 5,000 without power.

The two companies expect this to be a multi-day operation to restore power for everyone.

It’s tough to get to these places where there are outages,” said Justin Johns, president and CEO of East Central Energy. “[There] are a lot of trees down – this wet heavy snow tends to build up on branches, they snap off, [then] fall on the line and that doesn’t always happen right next to the road,” he added. 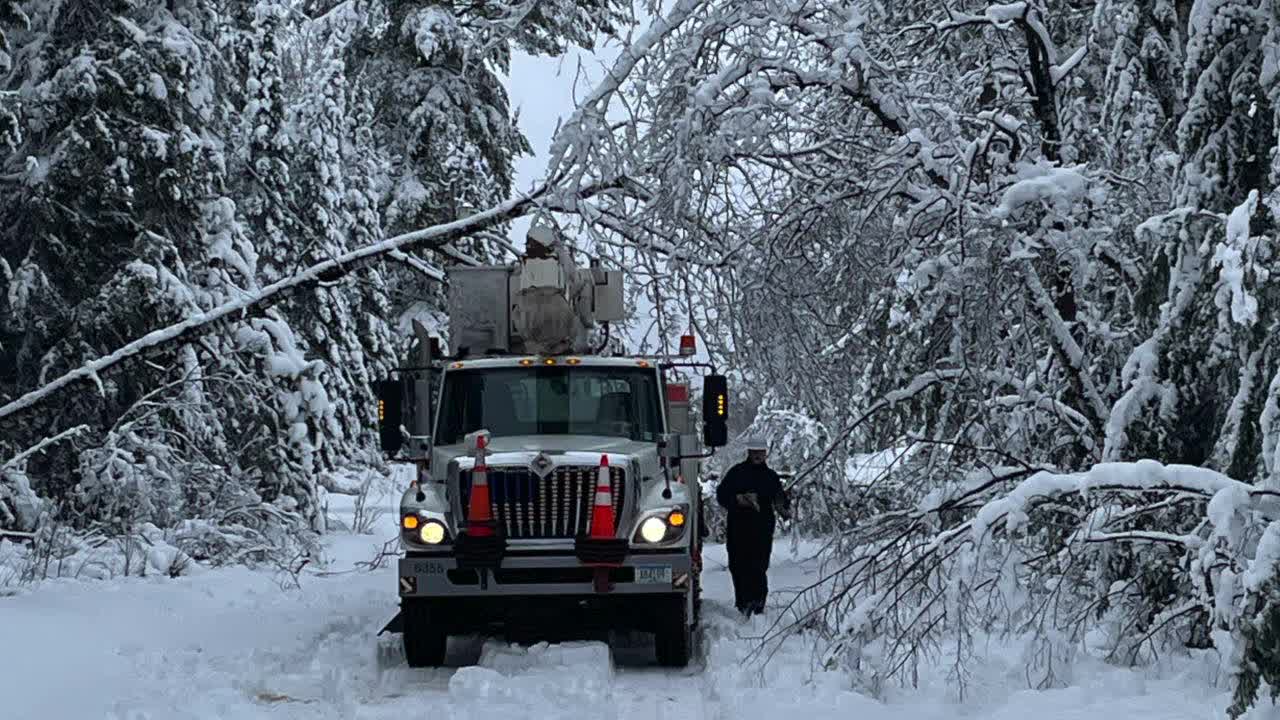 As in the picture above, Minnesota Power crews can be seen working at one of those tough locations. They too say the downed trees have been the biggest challenge.

“It’s been a slower process than what we would like to see,” said Josh Goutermont with Minnesota Power.

Goutermont said while their crews work around the clock, they’ll be calling other providers across the state — and possibly in Iowa — to get assistance.