The SUV believed to have been driven at the time of a fatal shooting last month on Highway 169 in Plymouth has been recovered, court records show.

According to a search warrant KSTP found in a review of court records, the Plymouth Police Department was able to track down the SUV, a 2019 Chevrolet Suburban.

Youth baseball coach Jay Boughton, 56, was driving home from a baseball game the night of July 6 when he was shot in the head on highway 169 just south of County Road 9. He was pronounced dead at the hospital a short time later. Police say a "traffic altercation" possibly involving a lane change that "escalated quickly" led up to the shooting.

“It’s huge because up until now all we had was a blurry image on a rainy night,” said Captain Michael Reed. “We thought it was a Ford, then it went to a Chevy, at one point it was a pickup truck. So we went from this huge array of vehicles, narrowing it down to this vehicle and now hopefully to this one specific vehicle.” 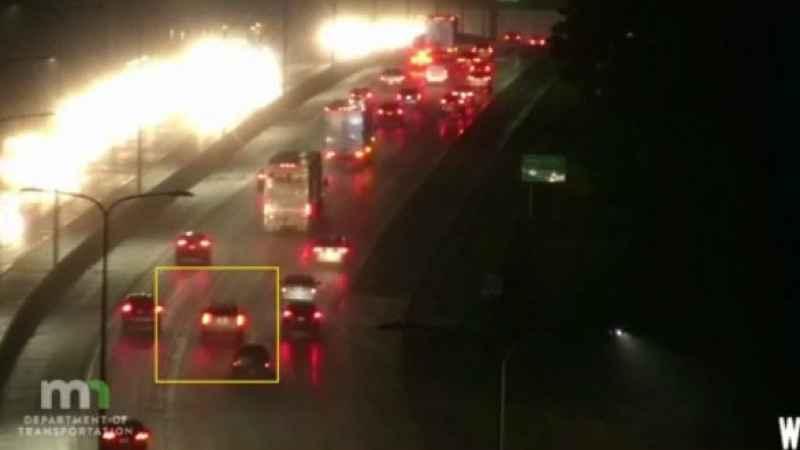 The Plymouth Police Department released video from MnDOT the night of the fatal shooting along Highway 169.[MnDOT Traffic Camera]

Among the more than 300 tips Plymouth police say they’ve received, it was one from a metro tow lot that lead them to the vehicle. The company had impounded an SUV that matched surveillance footage sent in a media release.

“We think the vehicle is it because of the identifiers,” said Capt. Reed. “It’s the same package of the vehicle we’re looking for. The Suburban LT, same rims, same type of damage we knew was reported to the back end of the vehicle.”

He added, “Now our investigators are going to work on putting this vehicle in the area at the time and see what we can get from the vehicle for any evidence."

Police say a review of records, surveillance cameras, traffic cameras and other evidence allowed them to track where that SUV was in the days and hours before the shooting.

“We collected video from a private business that we kind of gleaned from those DOT Maps of the timeline – where could this vehicle have gotten on the highway and exited? We started to find vehicles that matched from private businesses that had better video from the DOT cameras so that’s why we were able to bring that video back to dealerships and say can you help us identify even a package of this," said Capt. Reed. “We went to car dealerships and said ‘You guys are the professionals, is this a Chevy? Is this a Ford?’”

Plymouth Police tell KSTP the investigation into who was in the vehicle at the time of the shooting remains active.

“We keep pressing on,” said Capt. Reed. “Somebody knows something and if you do, say something. Give us a call to say ‘I know this person’.”