Police are now investigating after a racist video targeting a Prior Lake High School student was posted and widely shared on social media.

Savage Police confirmed Thursday that the department is working with the school district and the Scott County Attorney’s Office as it investigates the incident.

The announcement came after students walked out of class earlier Thursday in support of Nya Sigin, a freshman at Prior Lake High School. She talked with EYEWITNESS NEWS about the video on Wednesday. The walk-out and planned protests also led school officials to close Prior Lake High School early on Thursday.

Tuesday, the district confirmed it launched an investigation after receiving several reports about the post. Principal John Bezek and Superintendent Teri Staloch have also denounced the video and released several statements saying the district is working to create a safe space for students.

School and police officials said because the investigation is ongoing, they can’t comment on whether the student who made the video will be charged or if there’s been any disciplinary action thus far. 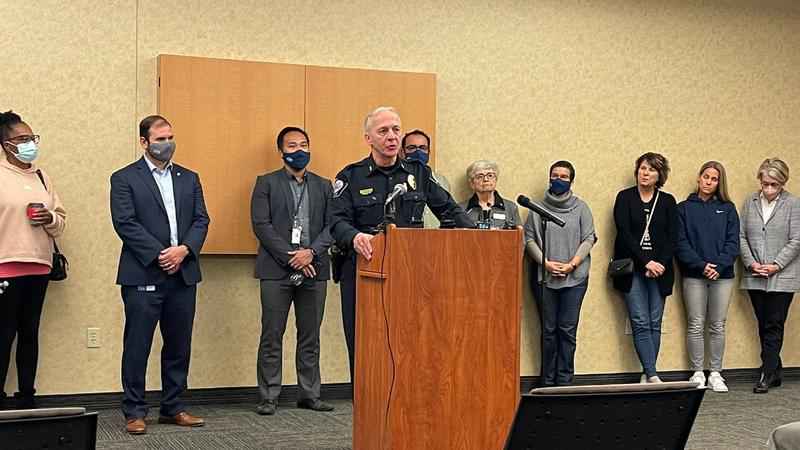 The Shakopee Mdewakanton Sioux Community said Wednesday that the minor in the video is a member of its community and condemned the comments.

"As a tribal nation, we are acutely aware of the destructive nature of racist thoughts and acts," the community said in a statement on social media. "Our ancestors suffered from racist and genocidal government policies and acts for over two hundred years. We are still subjected to anti-Indian racism today. We are talking with our youth about our history and the genuine harm racist beliefs and comments cause."

The Shakopee Mdewakanton Sioux Community also said members in the community are being incorrectly identified as being family members of the minor in the video, and significant threats have been made against them. All threats are being reported to police and are under investigation, the community said.

Thursday, the tribe also said it decided to cancel its "CommUNITY Day," which had been scheduled for Saturday, due to the recent events.

A GoFundMe page to support Sigin’s college fund had raised $100,000 as of Thursday evening.