Pequot Lakes Public Schools canceled classes Monday due to an incident with a knife on campus last week and subsequent safety threats.

Video posted to social media shows what police say is a student keying a Pequot Lakes High School principal’s car with a knife on school grounds.

The student was caught, but then potential threats started circulating on social media.

"Students started to text and snap each other stating they saw another student with a gun in his lap saying something to the effect that the day is coming tomorrow, something like that, and from there everything started blowing up," said Pequot Lakes Police Chief Eric Klang.

Together Pequot Lakes police, the school district and the Bureau of Criminal Apprehension worked over the weekend into Monday, interviewing more than 30 students and determined there was no credible threat. 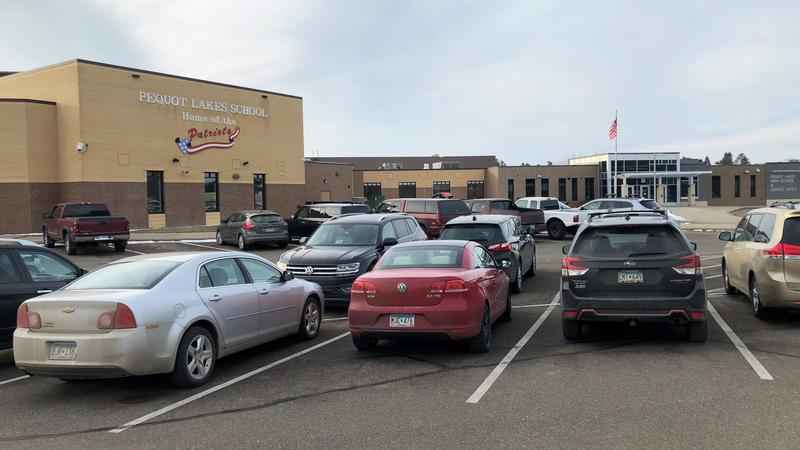 However, Chief Klang says they have attained search warrants and will be looking deeper into cell phone records and accounts, which could take a few weeks.

"After going through the information I am 100% confident that we have a safe school environment, I have no concerns whatsoever," Klang said.
The school was canceled Monday, as was the school board meeting, but students returned Tuesday at 10 a.m.

"While it has been a stressful few days, the ability to talk with staff this morning before students got there was really an impactful time so they could have questions answered and be able to process everything," Interim Superintendent Kurt Stumpf said.

He said social workers and counselors were on hand to talk with students throughout the day as well.

Stumpf says attendance at the elementary school was about ordinary Tuesday, but the upper levels were down slightly.

Crow Wing County Sheriff Scott Goddard’s wife works in the district, and his son attends school there. "For him to say, is it safe, it really hit me, that one hurts because they’re not supposed to feel like that, nobody is supposed to be worried about that,but they are, everyone is," he shared.

Parents in the small community of about 2000 say it is concerning.

"There is concern obviously, my wife was pretty freaked out, and so am I, but it seems like they got a good handle on it," said Ron Hess, a parent to a 5th grader.

"Do you feel safe sending your son today? Oh yeah, absolutely," he added.

The investigation into the student with the knife has been turned over to Crow Wing county attorney, who is looking into it further for possible charges.