People gather to remember those lost in traffic deaths

Loved ones gathered on the steps of the Capitol Sunday to remember those who died while on the road.

As a part of World Day of Remembrance for Road Traffic Victims, Minnesotans lit a candle to commemorate each person who had lost their lives on Minnesota roads in 2021.

According to the Minnesota Department of Public Safety, the state has surpassed 400 traffic deaths so far in 2021.

Former Minnesota Secretary of State Mark Ritchie was also there. He lost his daughter Rachel two decades ago after a drunk driver hit her. 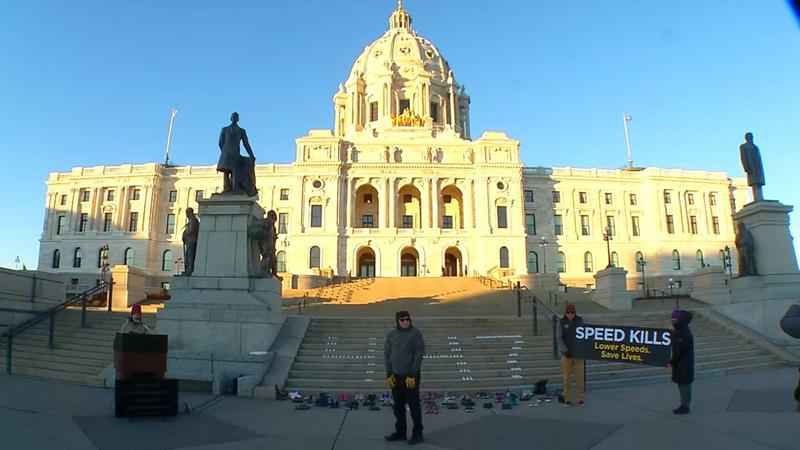 "She was driving home and she was behind an off-duty Inver Grove police officer who saw the lights coming at him," Ritchie said. "He swerved out of the way but our daughter was right behind him and was hit."

Of the traffic deaths recorded thus far in 2021, 130 have been speed-related and 104 have involved alcohol.