State investigators have released the name of the Saint Paul police officer who shot and killed a man Monday night.

According to the Bureau of Criminal Apprehension, “Sergeant Cody Blanshan fired his department handgun” – adding, Blanshan has been a law enforcement officer for 10 years and is on administrative leave.

The state agency also shared there is surveillance, dash, and body camera footage that “captured portions of the incident.” It’s that footage that the family of the man shot, 24-year-old Howard Johnson, says they haven’t seen but are demanding they see it. 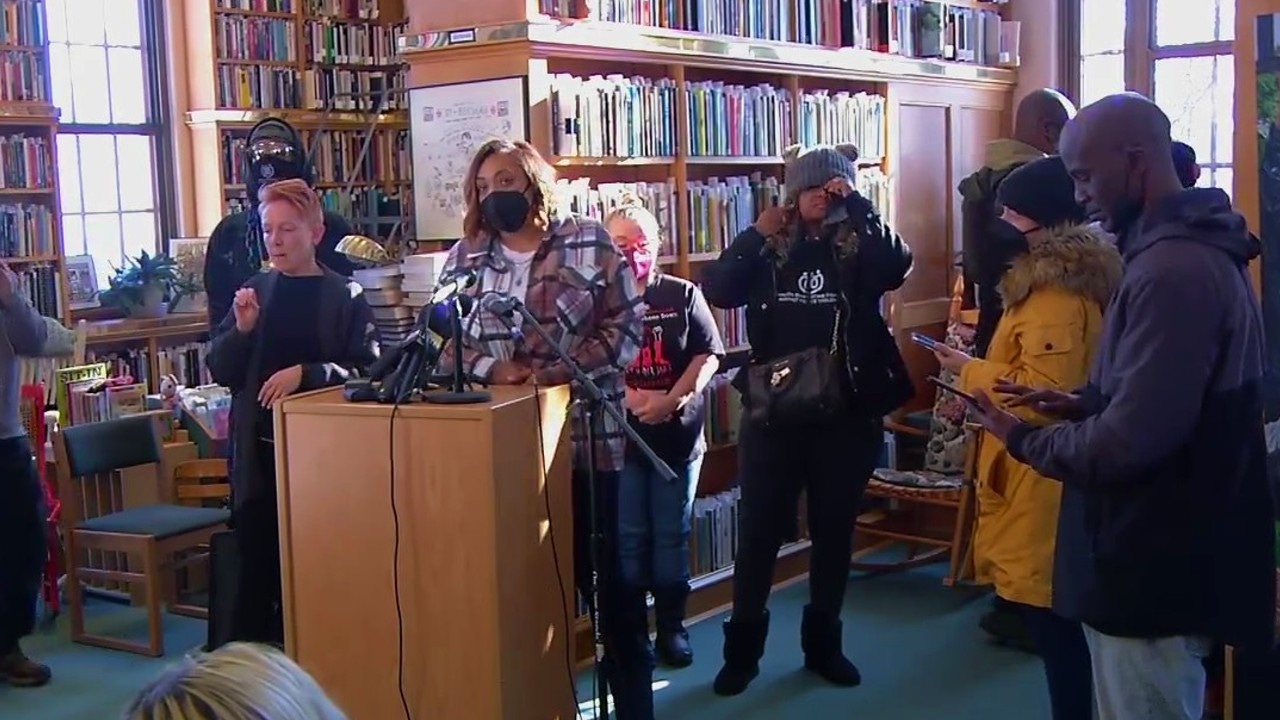 Wednesday afternoon, community members and some of Johnson’s family held a press conference at East Side Freedom Library, a couple of miles from where Monday’s shooting happened.

According to police, officers received a domestic assault report during which the suspect had a gun and ran away. Police said the description of the suspect matched Johnson and officers later found him, saying he “appeared to be carjacking a victim.”

Investigators with the Minnesota Bureau of Criminal Apprehension reviewed surveillance footage that shows a police squad car approaching Johnson before hitting him and knocking him to the ground.

The video then shows Johnson rising up before “an exchange of gunfire” erupted between Johnson and the officer, who the BCA identified Wednesday as St. Paul Police Sgt. Cody Blanshan. Investigators did not say who fired first.

Johnson was shot in the torso and leg and later died at Regions Hospital. No police officers were harmed.

Blanshan, who has been in law enforcement for 10 years, remains on administrative leave.

Investigators recovered a .45 caliber Glock pistol and three .45 caliber bullet casings at the scene. Additionally, 10 9 mm casings that matched up with Blanshan’s department-issued handgun were found.

“The BCA will release that video as part of the case file once the case is closed and fully adjudicated,” officials said Wednesday.

St. Paul Mayor Melvin Carter said on Monday that officials are working to release the body camera video “as quickly as possible.”

However, as of Wednesday afternoon, that video still hadn’t been released, which prompted family and community members to publicly call for its release.

“We’re not trying to accuse anyone even though we are asking for answers, we just wanna understand … we want everyone to understand our plea,” Kenneth Manning, Howard’s stepfather, said.

“Like my husband said, we don’t know nothing except for what we see on the news. I don’t know, that’s why I want the footage so I can see what happened to my child and I can stop guessing and listening to what everyone else is saying,” Monique Johnson, Howard’s mother, added.

Howard’s parents thanked the community for their support but expressed disappointment in how long the city is taking to release the video. Additionally, they said nobody from the city has reached out to them yet, something they believe should’ve happened within 24 hours of the shooting.

Monique Johnson and Manning described Howard as a “great father” to his two sons, saying he was a funny person and had a good heart.

Additionally, they thanked the community for their support and asked community members to continue calling for more transparency from the city and police department.

“We just wanna thank you. We thank all of you members of the community for standing by our side and help support us through such a tragic time,” Manning said.

A GoFundMe has been started for Johnson’s family.

Click the video box above to watch Wednesday’s press conference. WARNING: Some parts contain language that some may find inappropriate.