In two weeks’ time, Mike Freeman will walk out of the Hennepin County Government Center in Minneapolis for the final time as county attorney.

Freeman has been elected twice to the office, serving 24 years as the top prosecutor.

“I’m a Norwegian Lutheran. We have a sense of duty and responsibility that’s deep in us,” Freeman said. “This job has given me the opportunity to do that.” 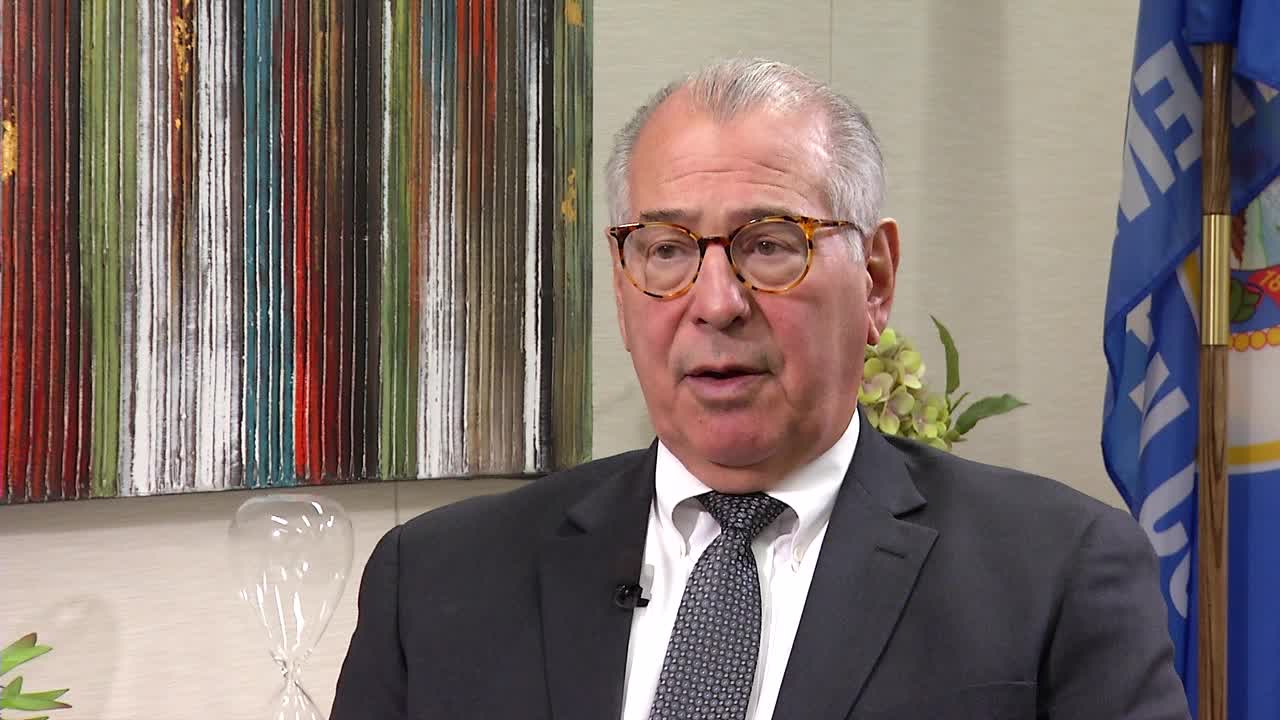 Freeman said his biggest regret was the unsolved homicides of young Minneapolis children he hoped would have been solved by the time he left.

“We haven’t brought their killers to justice. We just haven’t been able to find who did it — people won’t cooperate. Those are the ones that haunt me,” Freeman said.

Police shootings are now investigated by an “outside agency” — for example, the Minnesota Bureau of Criminal Apprehension — not the department involved in the shooting, a change since Freeman took office that he said has been important.

Freeman also pointed toward a change he made to move away from the secretive grand jury process to weigh charges in officer-involved shootings, instead using a different county attorney to review the case and publish the report for the community to review.

There have been critics of Freeman’s time in office, and protests have taken place outside his home.

“People will say to this day, ‘No, Freeman should have charged these cops,'” the county attorney said about the 2015 case of Jamar Clark. “The evidence wasn’t there.”

To this day, Freeman said some community members tell him he made a mistake by not charging the two Minneapolis police officers involved in the deadly shooting.

In the new year, former Chief Public Defender Mary Moriarty will be sworn into office as the new Hennepin County attorney.

RELATED: Hennepin County attorney-elect plans to ‘do something different’ when she takes office

“I’m sure the county attorney-elect will make policy decisions I might not have made, but that’s her job, and I respect and support her in those,” Freeman said.

Freeman had advice for Moriarty.

“Do the right thing every day. In everything you do, be as transparent as you can,” Freeman said. “She’s going to need to consult with a lot of folks, and get consensus, because you don’t lead in this office by fiat, it’s got to be by consensus.”