The omicron variant has halted plans to bring more workers back to the Twin Cities’ downtowns.

For some businesses, the beginning of 2022 was supposed to be a time to get more of their workers back into the workplace, but according to the Minneapolis Downtown Council, that’s no longer the case.

"Our hope is that again, as we get past this current omicron spike, that we’ll begin to see that momentum pick up again [in 2022]," Steve Cramer, president and chief executive officer for the Minneapolis Downtown Council, said.

Cramer says that momentum happened at the end of 2021. Last year, he said the rates of people working in downtown Minneapolis jumped from the mid-teens to as high as 41% at the end of the year.

He added that number was expected to increase this month, but the omicron variant changed that. 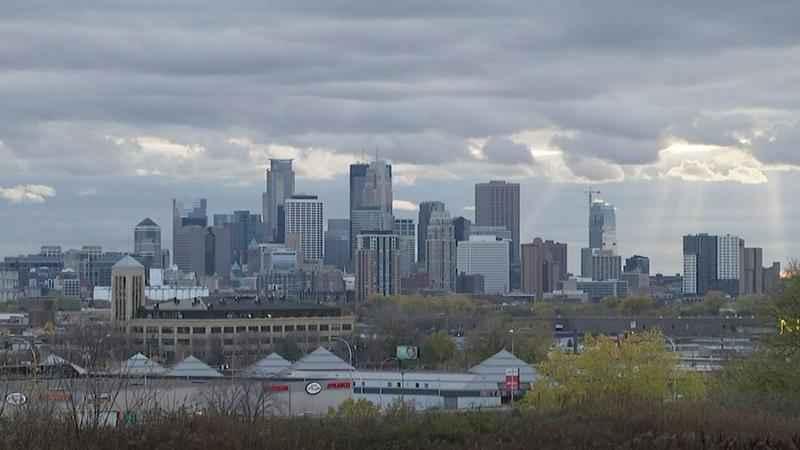 A file photo of the Minneapolis skyline.[AP/File]

"A lot of companies that circled January on their calendar to really accelerate their back to office planning, that really has gone by the wayside because of omicron," Cramer said.

Their downtown neighbors to the east are in a similar situation. The Saint Paul Downtown Alliance said the rate of people working in the city’s downtown is around 35 – 40%. They too expected that number to increase at the beginning of 2022 and also cited the omicron variant as the reason for the change of plans for some businesses.

"As we talked to employers, I think everybody’s excited to have their workers back," Joe Spencer, president of the Saint Paul Downtown Alliance, said.

Both organizations have confidence more workers will return and say the prevalence of COVID-19 will be the biggest factor in when that will be and how many will return.

As mentioned, there was momentum and optimism towards the end of 2021 with people returning to downtown offices. Bad Axe Throwing, hoping to expand their clientele, opened a new location in downtown Minneapolis’ City Center in November.

"It’s been going great," Xander Cavanagh, who works at Bad Axe Throwing’s new downtown location, said. "We get a pretty steady amount of people coming in for like corporate parties, and people come in after work," he added.

Cavanagh also said that steady stream slowed down when the omicron variant spiked – he’s hoping it calms down soon and more businesses stick to their plans to move back downtown.

Once more workers do come back, the Minneapolis Downtown Council said it will be different than before the pandemic. They expect some businesses to downsize their downtown workspaces because fewer people will likely make it back downtown. Part of that reason is because they expect businesses to be more flexible with their employees that have grown to appreciate working from home.