The barrage of gunfire was captured on a Ring camera video.

"It sounded like we were going to war,” says community activist Lisa Clemons. “Which is why we’re living in the wild, wild west that’s being called Minneapolis.”

A close-up view of the video appears to show two shooters, followed by several people screaming in fear.

The gunfire came from 33rd and Emerson avenues around 9:45 p.m. Friday. 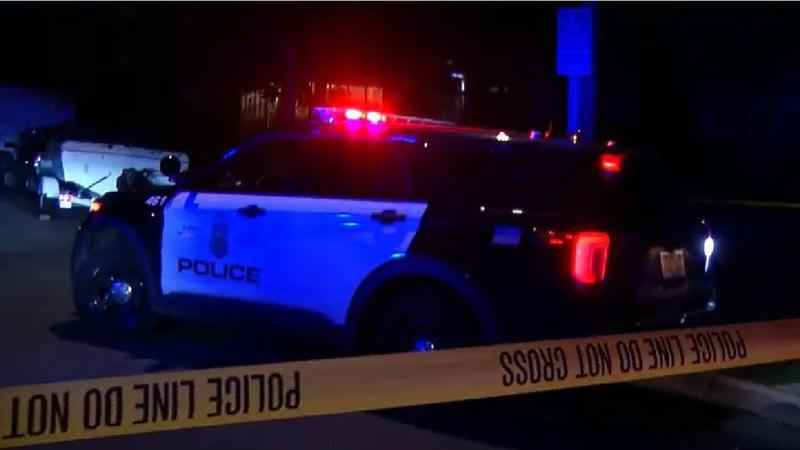 Police say the bullets hit the toddler and a man in his 30s.

“Why do we have to be so final and everything ends with gunplay?” said the Rev. Jerry McAfee, a pastor with New Salem Missionary Baptist Church.

Investigators aren’t saying what led up to the gunfire.

They say the boy was outside playing when he was shot.

"Our children are our most precious resources,” Minneapolis Police Chief Medaria Arradondo told reporters. “They cannot be wounded by gunfire. It should never happen and no parent should ever have to think about burying their child."

Officers, responding to a 911 call, found the two victims in separate parts of the block.

Investigators say the man had a non-life-threatening gunshot wound.

But they say the boy was bleeding badly from an artery in his leg.

"Officers applied a tourniquet to the child’s leg and realized they didn’t have three to four minutes to wait for an ambulance,” Minneapolis police spokesman John Elder said. “Those officers picked up the child, ran to their squad car, and one officer cradled the child while the other drove lights and siren to North Memorial.”

Police say the child is in serious condition but is expected to survive.

"It’s one thing we holler when babies are getting shot — and it is bad, it is evil — but they just didn’t start that way,” McAfee said.

The reverend is a member of 21 Days of Peace, a coalition of faith leaders, community activists and law enforcement working toward violence prevention. He says a community soul-searching is urgently needed.

"The community has to take a greater role and responsibility of dealing with the painful, traumatic things that exist within our own community,” McAfee said.

Police say they received initial reports of a third shooting victim but officers couldn’t locate anyone.

They say about 30 minutes later, a man walked into Hennepin County Medical Center with a non-life-threatening gunshot wound.

Investigators are trying to learn if he’s somehow connected with the Emerson Avenue shooting.

Meanwhile, there is some sense of relief, with the word that it appears both the toddler and the adult victim will survive.