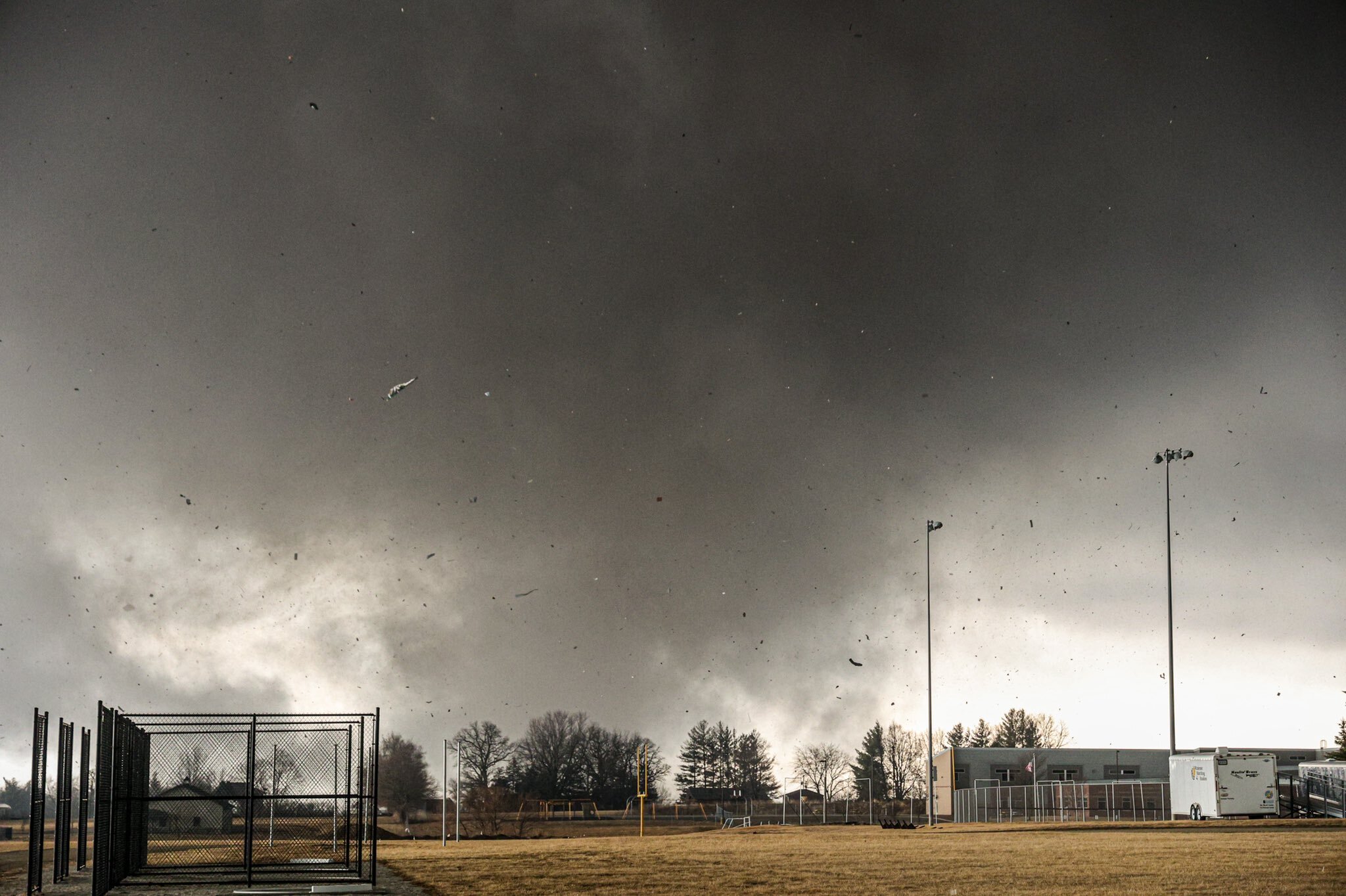 Emergency management officials in Madison County said four were injured and six people were killed Saturday when one tornado touched down in the area southwest of Des Moines near the town of Winterset around 4:30 p.m. Among those killed were two children under the age of five and four adults.

In Lucas County, about 54 miles (87 kilometers) southeast of Des Moines, officials confirmed one death and multiple reported injuries when a separate tornado struck less than an hour later.

The state Department of Natural Resources said that person who died was in an RV at a campground at Red Haw State Park in Chariton, Iowa.

Thunderstorms that spawned tornadoes moved through much of Iowa from the afternoon until Saturday night with storms also causing damage in the Des Moines suburb of Norwalk, areas just east of Des Moines and other areas of eastern Iowa. The storms were fueled by warm, moist air from the Gulf of Mexico.

Officials reported a number of homes were damaged, roads were blocked by downed lines and tree branches were shredded by the strong winds. At one point, power outages affected about 10,000 in the Des Moines area.

The storms are the worst to occur in Iowa since 2008 when one tornado destroyed nearly 300 homes and killed nine people in the northern Iowa city of Parkersburg in May, and another storm a month later killed four boys at the Little Sioux Boy Scout ranch in western Iowa.

The National Weather Service in Des Moines tweeted early Sunday that there were at least three thunderstorms producing tornadoes, but it’s “unknown at this time how many tornadoes occurred.”

Meteorologist Alex Krull said it’s unusual but not unheard of to have serious storms like this in March in the Midwest. He said they are more common in April and May.

But Northern Illinois University meteorology professor Victor Gensini said there have been plenty of examples of deadly storms in March. Saturday’s storms were not nearly as unusual as the mid-December tornado outbreak that Iowa saw last year, he said.

Scientists have said that extreme weather events and warmer temperatures are more likely to occur with human-caused climate change. However, scientifically attributing a storm system to global warming requires specific analysis and computer simulations that take time, haven’t been done and sometimes show no clear connection.

“This is the worst anyone has seen in a very long time,” Ayala said.

Homeowners and volunteers were picking up wood debris and beginning to clear it away Sunday in the rolling hills south of Winterset as chainsaws whirred away in the background. Amid the remnants of destroyed houses blown off their foundations, a white car sat on its roof and debris hung from the trees. The tornado carved a narrow path of destruction along a ridge while several hundred feet away other homes sit undamaged.

Gensini said Saturday’s storms likely caused more than $1 billion in damages over their entire track when the severe damage in Iowa is combined with wind damage as far away as Illinois.

The National Weather Service in Des Moines tweeted Saturday that initial photos and videos from the damage around the community of Winterset suggested it was at least an EF-3 tornado, capable of causing severe damage, on the Enhanced Fujita scale. It said weather service teams would investigate the damage Sunday and further assess a potential rating.

EF-3 storms typically have winds in excess of 130 mph.

The storm that generated Saturday’s tornadoes hung together for roughly 100 miles from the Nebraska border into central Iowa but it won’t be clear until after the damage assessments are completed how long the individual tornadoes were on the ground.