Home prices soared throughout the pandemic as many people rushed to find more space amid stay-at-home orders, distance learning, and growing work-from-home opportunities.

Now, 18 months into the pandemic, there are signs the hot market may be cooling slightly. An October report from Minnesota Realtors shows closed sales, pending sales and new listings are down from October 2020.

“I would say in closed sales, [the market] is closer to normal,” said Chris Galler, CEO of Minnesota Realtors. 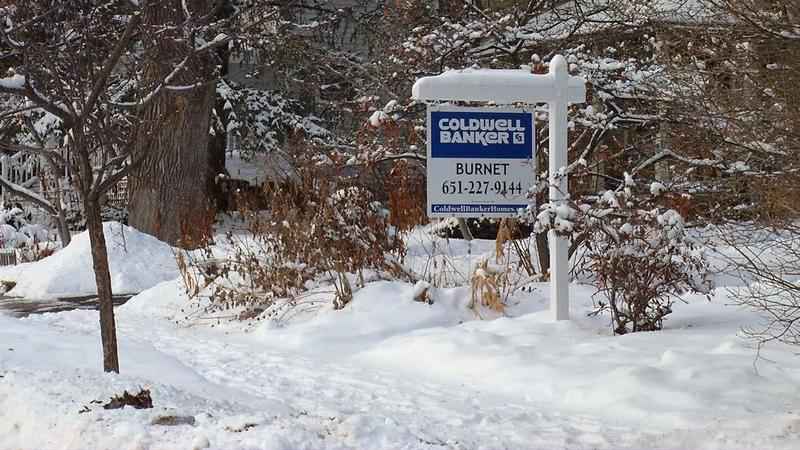 “We’re seeing price increases,” Galler said. “Eight percent again last month, that’s quite a large increase. It’s certainly higher than what we’re seeing for incomes in the state of Minnesota, but that’s driven by the fact that there’s just not a lot of properties out there for sale and there’s no easy way to get more properties for sale.”

According to the report, there is only a month and a half supply of homes available. That marks a 21.1% decrease from October 2020. New listings also dropped 10.2% year over year.

“It’s also important to know that last year, we were up 30% in the month of October, so although we’ve had a slight decline in closed sales this month, over the two-year period, we’re still in really good shape,” Galler said.

Home buyers have been enduring a competitive market for more than a year.

“It was a hectic process, it was a crazy market,” Trevor Clayton said.

He and his wife, Kelly Clayton, started looking for a new home during the summer of 2021.

“As soon as something was listed, we would go out over lunch or after work to go see it because they were going very quickly,” Kelly Clayton said.

The couple described often finding several other couples at the same open houses.

“We were bidding very aggressively on places and still not getting them,” said Trevor Clayton.

After nearly half a dozen rejected offers, they finally moved into their new north metro home in September.

“[We] definitely shed some tears over some lost homes, but, you know, everything happens for a reason and we ended up finding a great home that we’ve been in now for a little while and love it,” Kelly Clayton said.

They were previously living in a townhome Kelly bought in 2017. The couple finally sold the property in October for slightly less than the asking price.

“I think one thing that we kind of figured out is with townhomes and smaller homes, it felt like a lot of people were trying to upgrade their space,” Kelly Clayton said. “Based on what I bought it in 2017, we still definitely came out ahead. We didn’t get quite what we wanted but we’re still happy.”

Real estate agents Sean and Jennifer Dunn with Dunn Realty Group have noticed the market has slowed down recently.

“Just the number of offers on places have decreased,” said Jennifer Dunn. “We’ve had a few people get [a home] without being in a multiple offer situation and others where there’s maybe a couple but we’re not seeing the escalations way over.”

She explained the market is very location-driven, with suburbs including Golden Valley and Maple Grove remaining competitive. Although it’s not as widespread as the spring.

“It’s so local and depends on what type of housing, what price,” Sean Dunn said. “The upper brackets are even more competitive right now. People can afford more because of the low interest rates.”

They still describe it as a seller’s market despite the seasonal slowdown. Sean Dunn said its important sellers consider timing as they move forward.

They suggest buyers use a real estate agent with experience, either by getting a referral or interviewing several possible agents.

“I think our advice is just to make sure you look at the market closely,” Jennifer Dunn said. “See what else is out there that’s comparable, but if you like it, go for it. You have to move quickly still. Even though it has slowed a little bit, it still probably isn’t going to stay on the market if it’s a decent house."