Neighbors of a 76-year-old Mounds View man are speaking out after he was arrested last week in the stabbing death of a 15-year-old suburban Chicago girl nearly half a century ago.

The Naperville Police Department arrested Barry Lee Whelpley on Wednesday for the 1972 slaying of Julie Ann Hanson. The retired welder, who was 27 at the time of the killing, has been charged with murder and was taken into custody in Minnesota, where he is awaiting extradition to Illinois. It wasn’t clear whether he has an attorney.

The girl was reported missing July 8, 1972, after last being seen riding away from her home on a bicycle. Her body was discovered later that day in a field in Naperville. She had been stabbed 36 times and sexually assaulted, investigators said at the time.

Stacey Matern lives across the street from Whelpley. 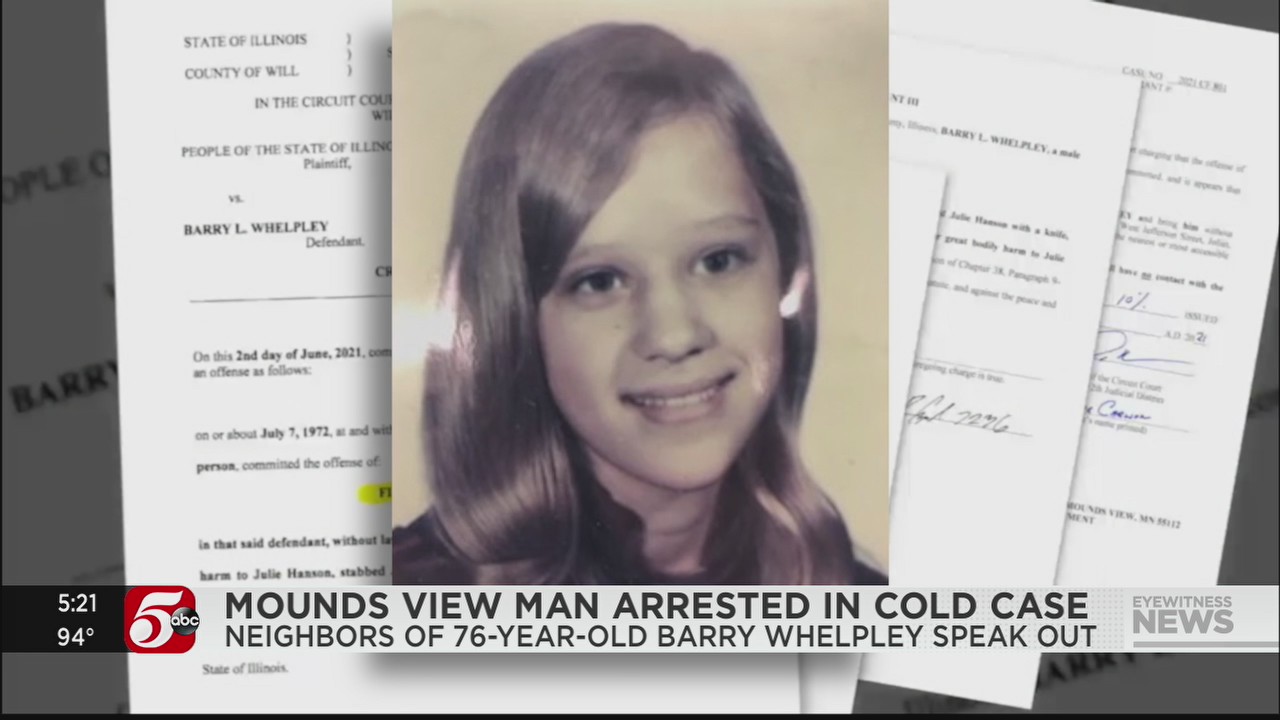 The breakthrough in the case came through technological advancements in DNA and genetic genealogy analysis, police said.

"This horrific crime has haunted this family, this community and this department for 49 years," Naperville Police Chief Robert Marshall said. "The investigation and resulting charges were truly a team effort that spanned decades, and I could not be more proud of the determination and resourcefulness of our investigators, both past and present, who never gave up on Julie."