The Minnesota Pollution Control Agency (MPCA) has issued an air quality alert for the entire state. The agency calls this an "unprecedented significant" air quality event for the state, spanning multiple days.

The alert took effect Friday and runs until Tuesday at noon.

Most of the state has been under an air quality alert at some point within the past month, as smoke from Canadian wildfires has made its way down to the state. Meanwhile, wildfires have also spread in parts of the country, including Arizona, Idaho, Montana and Oregon.

"It’s never been like this in my entire life," said Molly Dadlez, while exercising on a trail in St. Paul. "It feels really heavy and kind of like you’re walking through a sauna."

Keith Bolden added, "It’s so smoky outside, I was looking around, thought something was burning but it was just the air." 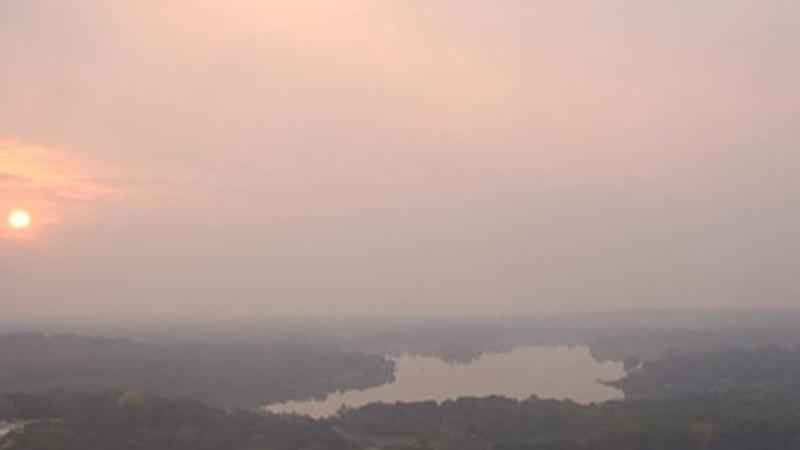 According to the MPCA, smoke from Canadian wildfires lingers over most of the state. There will be some slight improvement in air quality throughout Friday and Friday night. However, Saturday will see northerly winds behind a cold front that will bring more smoke from wildfires located north of the Canadian border in Ontario and Manitoba into the state. The heavy smoke will arrive starting Saturday morning. Smoke will continue to flow in, with high pressure building, making the alert last until next week.

"The smoke hypothetically could stick around as long as those fires burn, so that could be another month. More than likely though, they’ll get a hold on those fires and the smoke and we’ll probably see improving conditions next week," 5 EYEWITNESS NEWS Meteorologist Jonathan Yuhas said. "But we could go back and forth as we go into August if more fires were to develop."