Twenty years after the terrorist attacks, Maggie McGurl was among those drawn to Wayzata’s newly dedicated 9/11 memorial.

“Lost a lot of people we knew, and this is a wonderful addition to downtown Wayzata,” she said.

The memorial is in remembrance of all those who perished 20 years ago Saturday. 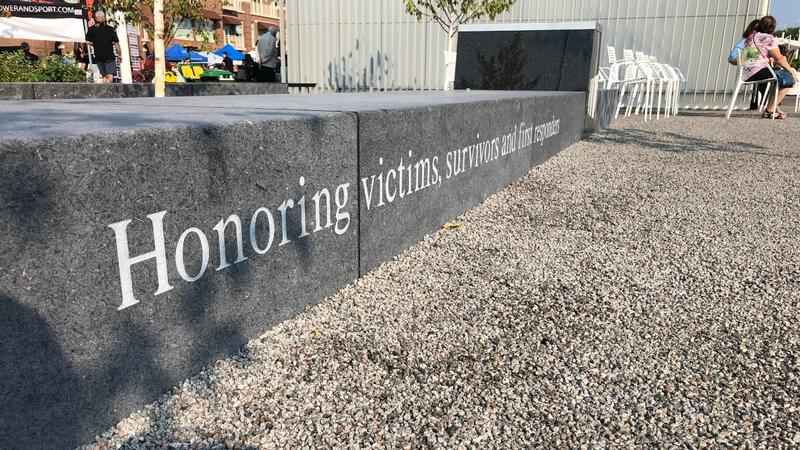 The newly unveiled 9/11 Memorial Grove in Wayzata pays tribute to the Minnesotans who died in the terrorist attacks 20 years ago.[Richard Reeve/KSTP]

One section honors Gordy Aamoth, 32, from Wayzata, who was killed in the World Trade Center.

It’s believed Aamoth was in his office on the 104th floor when United Airlines Flight 175 crashed between the 75th and 85th floors.

Mark Wittig, a golf pro at Oak Ridge Country Club, where the Aamoths were members, recalls waiting for word — and the hope that Aamoth had survived.

"All the members were wondering, ‘Did he go to work that day or where was his office floor?” Wittig said. “It was just one of those sad things where after you didn’t hear anything for the first four hours, everyone’s expectations went downhill. Became pretty sad.”

For several days, the family maintained hope that Aamoth had survived. It would be several months until his remains were identified.

As part of the memorial, the Aamoth family donated several artifacts from the towers, including a piece of steel, some glass and a cross.

"To see the artifacts was actually very touching,” McGurl said.

Miles away, in St. Paul, Martha Pettee was thinking about her brother, Tom Burnett.

“It seems as though it was yesterday, and it seems like an eon ago,” she said. “Especially as we just pulled out of Afghanistan. Twenty years of war, spawned by that attack.”

Burnett was among the passengers on Flight 93 that crashed in Shanksville, Pennsylvania.

Investigators say those aboard fought with hijackers and kept the plane from crashing into the U.S. Capitol.

"So much sacrifice, not only my brother’s but many others because of that infamous day,” Pettee said.

She says her brother strongly believed in getting a good education and giving back to the community. The entire Burnett family took that to heart.

Smiling and waving, they appeared at Saturday’s Gophers football game, where it was announced the family is donating the first $300,000 for a scholarship in Tom’s name at the University of Minnesota’s Carlson School of Management.

"I think that the scholarship at Carlson is going to promote moral courage, integrity, scholarship and leadership," Pettee said. “And it’s an amazing legacy, and it would be appreciated by Tom."

Pettee says she’s also grateful for the prayers and kind words sent to her family over the years, right up to the Gophers game.

“Kindness, and their concern and their prayers and their love,” she said. “I think I got 50 text messages from people from high school, people I’ve known at different jobs, saying you know, ‘We love you, we love you.’ People are good.”