Monday, a rise in Fentanyl use had families who had lost loved ones raising the alarm and state lawmakers calling for action to tackle the opioid epidemic.

Jerry and Michele Hein organized a Fentanyl awareness rally at the Minnesota state capitol to honor their son, Tyler, who died two years ago from pills laced with the poisonous drug.

“It completely shattered our family. We’re still standing and we’re still together. We lost our only son and our daughter lost her only brother,” said Michele Hein.

The Hein family is also lobbying state lawmakers to make legal punishments stronger for those who deal Fentanyl and for more funding to allow public schools to carry the life-saving overdose drug Naloxone.

“I would like them to listen to lawmakers who are asking for policy changes, like increasing penalties for Fentanyl and getting Narcan in schools,” said Michele Hein. 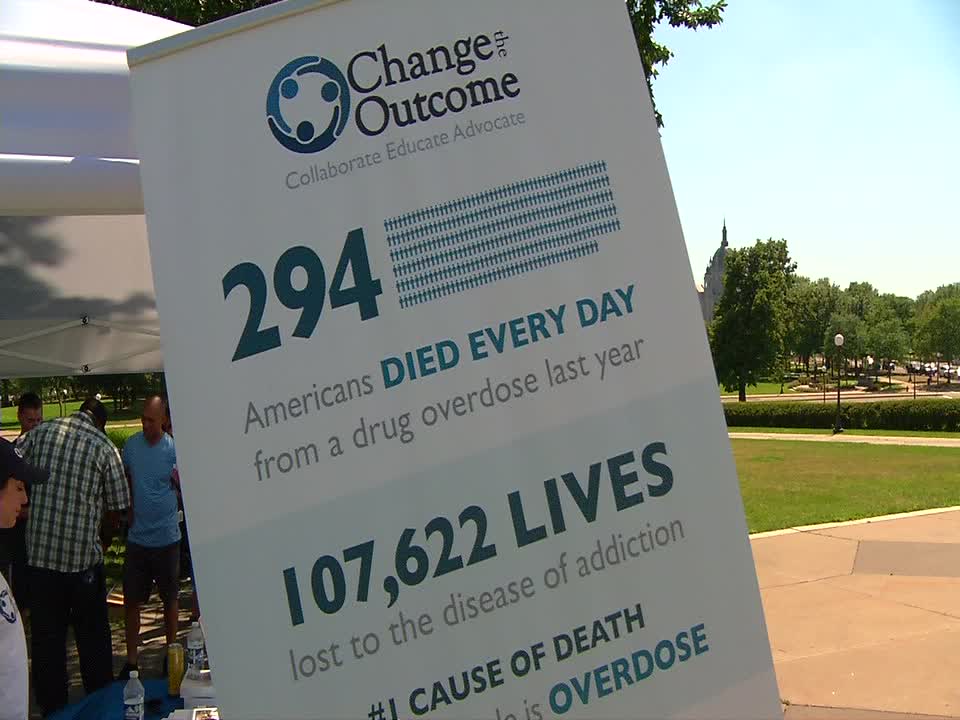 “Now, it’s in 90% of everybody that’s being killed by this poison by people who are struggling with drug addiction,” said Baker. “It’s just the worst epidemic we’ve ever seen.”

According to the Minnesota Department of Health, 2021 was the highest number of recorded overdose deaths in state history, with more than 1200 deaths which is a 22% increase compared to 2020.