Minnesota DNR: Conditions for wildfires are about as bad as ever 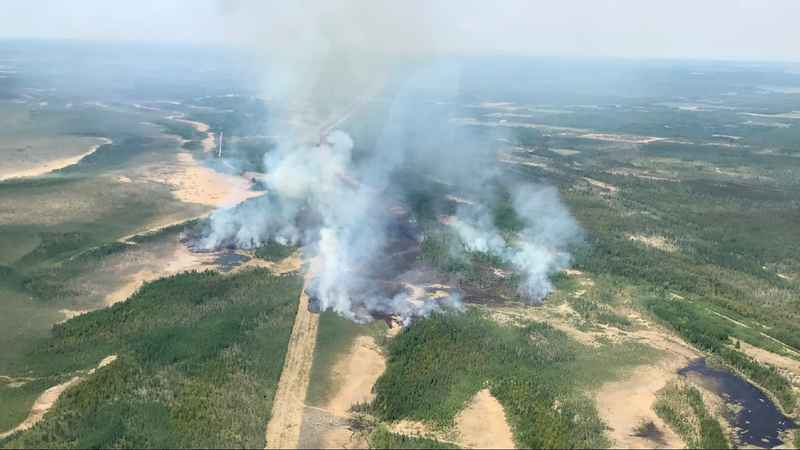 Smoke from wildfires hundreds of miles away has resulted in local air quality alerts. And while enormous fires in western states and in Canada have been getting all the attention, in northern Minnesota this has already been an unprecedented fire season.

The state didn’t get the late spring snow or rain in June that it usually does and it also got hot early, according to Paul Lundgren, wildlife section manager for the Minnesota Department of Natural Resources. That’s a problem because the most dangerous fire months are ahead of us.

"It’s hard for us to look back at records to see something that we can relate this to," Lundgren said. "What’s unique about right now is the fact that we are this dry this early in the summer. Now it’s mid-summer, but still we remain very dry and it’s over a large part of the state."

August and September are normally the busy months for wildfires in Minnesota. Lundgren estimates we would need 6 to 8 inches over 2 weeks to solve the problem. "And that necessarily isn’t good either, that we get rain that quick. But we are way behind. And for us to catch up and get back to a sense of normal yet this summer it would take multiple inches each and every week."

Historically in June and July, the Minnesota DNR sees about 50 wildfires.

"Right now we’re pushing 250 over the last month and a half," Lundgren said. "It’s a pretty good indicator of kind of where we’re at with fire occurrence. And what’s also very concerning is the amount of effort that goes into each one of those fires to try and contain and eventually put out."

Fighting wildfires is hard work and takes long hours away from family. According to Lundgren, between Division of Forestry staff and other agencies, there are about 800 people fighting wildfires in Minnesota right now on the ground and in the air.

Lundgren asks anyone headed up north to be aware of what’s going on and be prepared because conditions can change quickly. He suggests checking the DNR’s fire danger and burning restrictions website before you go.