Minneapolis teachers picket for a second day, rally at Capitol

Teachers in the Minneapolis Public School District are picketing for a second straight day Wednesday as they continue their strike, before taking their grievances to the Minnesota Capitol.

Watch updates from members of the Minneapolis Federation of Teachers on mediation Wednesday via the player below.

Minneapolis streets were filled with teachers Tuesday, the first day of the strike, and the same took place Wednesday as they planned to demand lawmakers fully fund public education in Minnesota.

“We have been negotiating for over a year,” said Greta Callahan, the President of the Minneapolis Federation of Teachers. “You all are relentless out here, and I promise we are relentless in there. This is a righteous fight we are in.”

The union has been pushing for smaller class sizes, more mental health support and an increase to what the union calls livable wages for educational support staff.

5 EYEWITNESS NEWS spoke with one district social worker who says her current job is nearly impossible, with ratios of about two social workers for 1,000 kids. 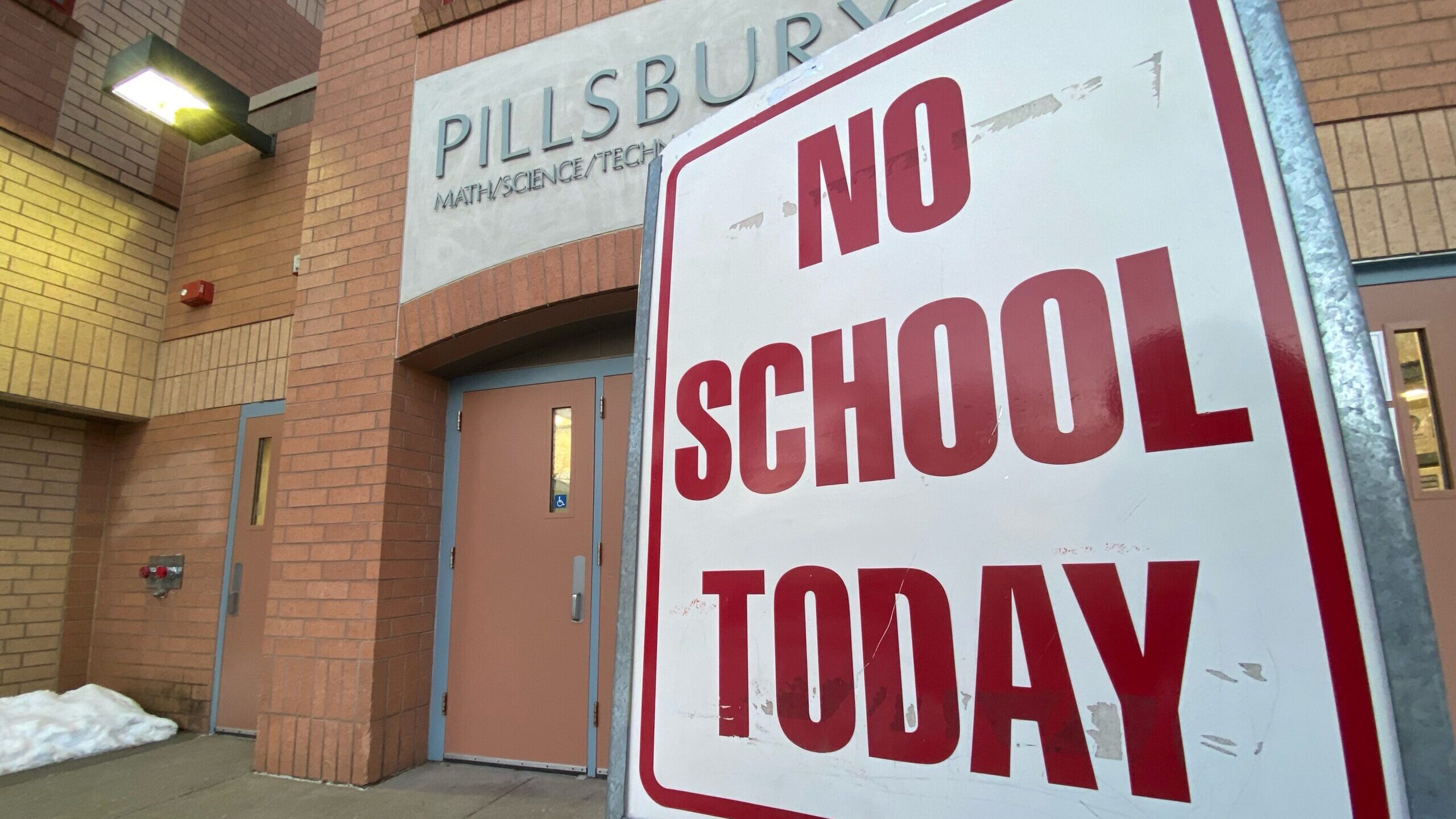 A "no school today" sign outside a metro area school. (KSTP/Andrea Lyon.)

The Minneapolis Public Schools superintendent said he was disappointed that it has come to this, and says the problem is lack of funding.

“We have all these priorities we have to happen, and we don’t have the resources for it. And someone has to be able to say, sorry we can’t do it,” said superintendent Ed Graff.

Teachers plan to rally at the Capitol at 1 p.m. Wednesday, and ask the state to dip into the budget surplus to help fund public education.

As previously reported, the Minnesota Department of Management and Budget (MMB) has released a summary of its latest economic forecast, and it showed an improvement of more than $1.5 billion, moving the current projected surplus to $9.253 billion.

In December, a budget forecast showed the state at a $7.7 billion budget surplus.

5 EYEWITNESS NEWS will continue to update this story throughout the day.