The Minneapolis police officer involved in a chase that killed a bystander appeared in front of a judge Tuesday for the first time.

Officer Brian Cummings is charged with second-degree manslaughter and criminal vehicular homicide in the death of 40-year-old Leneal Frazier.

Cummings appeared via Zoom in a very short hearing Tuesday afternoon. His next appearance is set for Dec. 9.

Afterward, Leneal Frazier’s family called it "a step toward justice for him."

"It was exciting but it was hard at the same time because we had to face someone that took a loved one from us," Cheryl Frazier, Leneal’s sister, said. 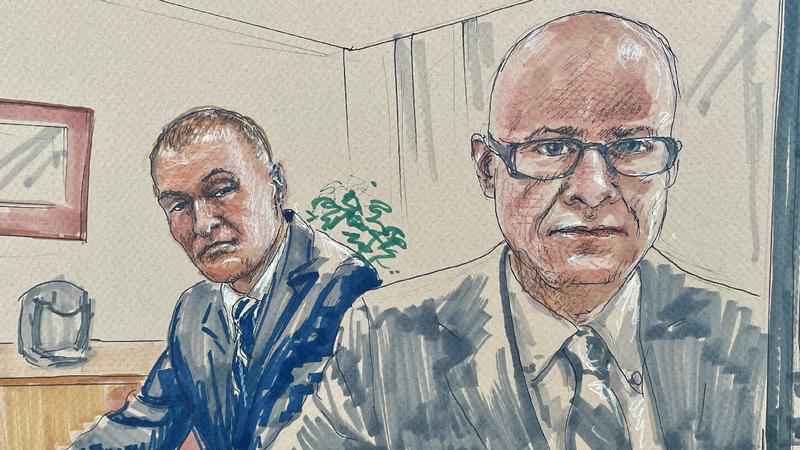 Officer Brian Cummings and his attorney appear in court via Zoom on Tuesday, Nov. 9, 2021.[Nancy Muellner]

Although legal experts say this charge against an officer is rare, they also tell 5 EYEWITNESS NEWS that the state has a strong case.

"The state has a strong case in that Officer Cummings was driving at an extraordinarily high rate of speed in a pursuit that probably should not have happened," University of St. Thomas law professor Rachel Moran said. "On the other hand, one complication is that the Minneapolis police department does not have a terribly clear policy about when pursuits should happen."

Court documents show, back in July, Cummings first saw a Kia Sportage matching the description of a stolen vehicle suspected to be involved in multiple thefts.

The officer tried to pull that Kia over, but it quickly turned into a police pursuit, with Cummings chasing that vehicle more than 20 blocks. Speeds reached up to 100 miles per hour, court documents stated.

Reports show the officer had his lights and sirens activated.

Investigators say Cummings slammed into Frazier’s Jeep at about 78 miles per hour.

"They need to make an example out of him," Orlando Frazier said. "We just need justice, and we got it. And we are just going to keep on fighting until he is locked up."

The Frazier family attorney in the case commended the county attorney for pressing charges.