UPDATE: Police say no one was injured during an overnight shooting in the Dinkytown neighborhood of Minneapolis.

Minneapolis and University of Minnesota police responded to reports of shots being fired on the 400 block of 13th Avenue SE around 12:40 a.m. Friday.

When they arrived, officers say they found two apartments had been damaged by gunfire, and also found bullet casings outside.

“All of a sudden, I heard gunshots; I heard them flying through my apartment, so my first instinct was to roll off my bed and take cover,” Pahl, a member of the Gopher women’s hockey team, said. “I’m like, what if one flies through my window?” 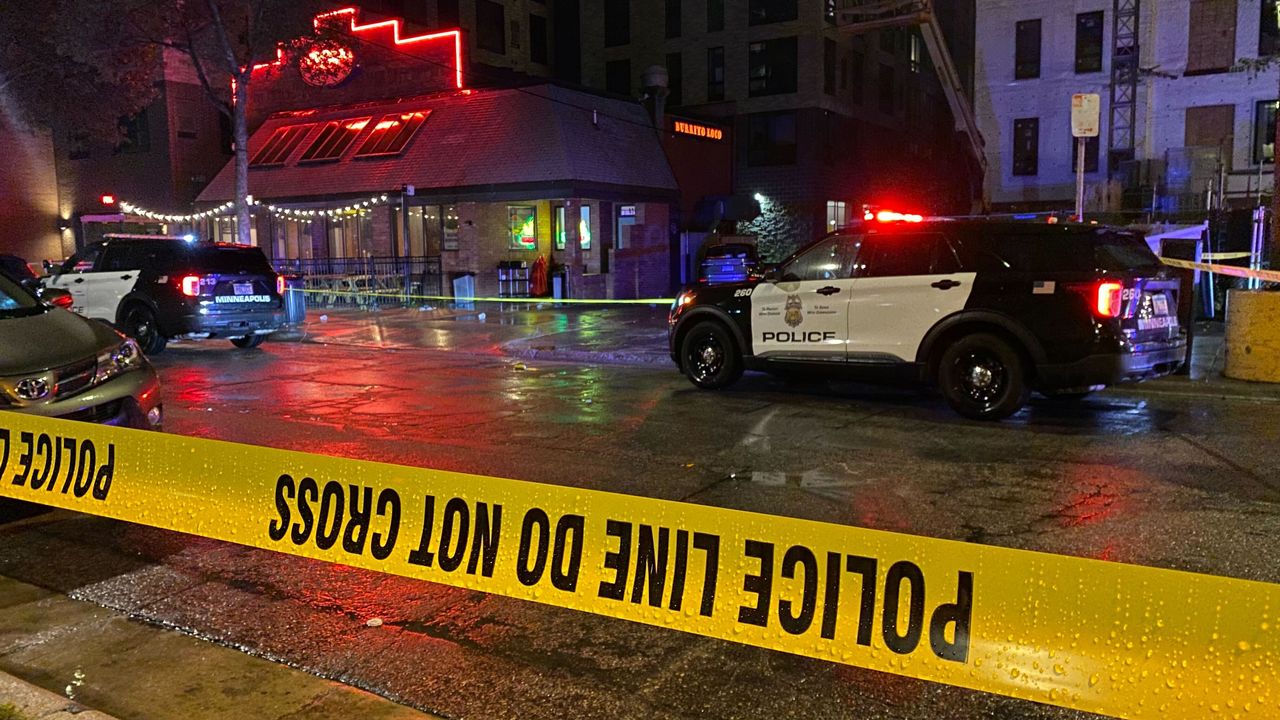 Multiple officers were spotted near the intersection of 5th and 13th Avenue SE during the overnight hours. Credit: Jeff Ernewein/KSTP

April Pahl, Makayla’s mother, raced from southern Minnesota to Minneapolis to check on her daughter.

“Certainly not the call you want to get,” April said.

In a statement provided to 5 EYEWITNESS NEWS, a representative of Burrito Loco said staff members are working alongside other businesses in the area to implement new security measures “to protect our block.”

“We want to assure all of our guests and staff that safety is our priority and will be working towards that before we reopen,” the statement reads. “The city, state, and campus have continued to promise us more safety over the last few years but we have yet to see any of it.”

On social media, the restaurant indicated it would be closed until further notice.

As of this time, no one has been arrested for the shooting.

INITIAL REPORT: Police haven’t released any details regarding an overnight incident in Minneapolis.

A 5 EYWITNESS NEWS photographer saw multiple officers patrolling outside Burrito Loco near the intersection, and also saw multiple shell casings on the ground.

Officials haven’t said what happened, or if anyone was hurt.