One day after winning reelection as Minneapolis’ mayor, Jacob Frey called on his detractors to help him tackle issues of police reform and changes to public safety in the city.

"Let’s work together," he said. "Let’s combine around these efforts right now and bring a multi-faceted response for public safety."

In his first one-on-one interview, Frey told 5 EYEWITNESS NEWS his decision to run for reelection was a difficult one.

"It was a much longer conversation with Sarah, my wife, as to whether we… were going to run for office again," he said. "It feels like every other day sometimes when Sarah and I will walk down the stairs, we’ve either got, you know, far-right, anti-Semitic stuff that’s spray-painted outside or plastered on the sidewalk, or it’s far-left, ‘defund the police.’" 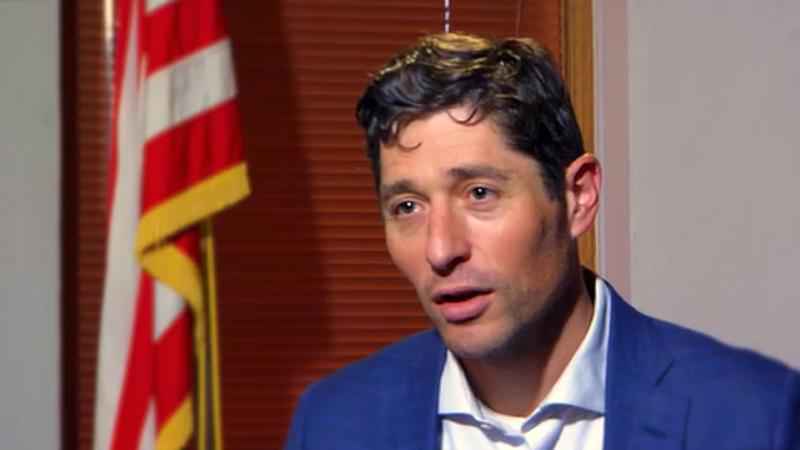 Ultimately, Frey said his decision was driven by a sense of responsibility to the city that’s been through one of the most tumultuous times in its history.

"These are real issues that it’s going to take all of us really working together to solve them and make sure that the precision of our solutions match the precision of the harm that was initially inflicted," he said.

At the top of his list of priorities are some changes to public safety in the city. The issue dominated the election. It was debated over in the mayoral race but also put before voters in the former of ballot question No. 2, which asked residents if they wanted to remove the Minneapolis Police Department from the city’s charter and replace it with a new Department of Public Safety. The charter amendment failed, but more than 62,000 people voted for it.

"The message that they have sent is that we need to do it faster," Frey said.

During remarks to reports on Wednesday after the results were finalized, Frey floated the idea that policing and public safety could be rolled its own division or department.

"I think we need to consolidate and integrate our response," he said in response Thursday.

Frey’s immediate plans include working to integrate responses other than police in certain situations, investing more money in those alternative responses and hiring more officers.

"We’ve seen massive attrition from our department over this last year and a half and we are charting a clear course toward, not just getting more police officers… but also getting the right people," Frey said.

He’s also called on lawmakers to push police reform on a statewide level.

"There’s not a mayor in the entire country that is content with the pace of reform and change in police departments," Frey said. "There’s barriers that are set up at state and federal levels. So let’s work together to remove some of these barriers."