Mayor Frey said the numbers are trending in the right direction — down.

“Success in this project does not mean that we have a 100% reduction in gun violence, we will continue to have gun violence in our country,” Frey said Monday afternoon, adding, “we are doing everything that we can to drive it down right now.”

According to the city, in the first 28 days of Operation Endeavor, gun-related 911 calls were down 30% compared to the same time last year. The city also says in that same time frame, there was a 29% decrease in gunshot victims, and carjackings were down 65%.

Additionally, police say at least 100 guns were recovered, including some that were modified to be fully automatic. 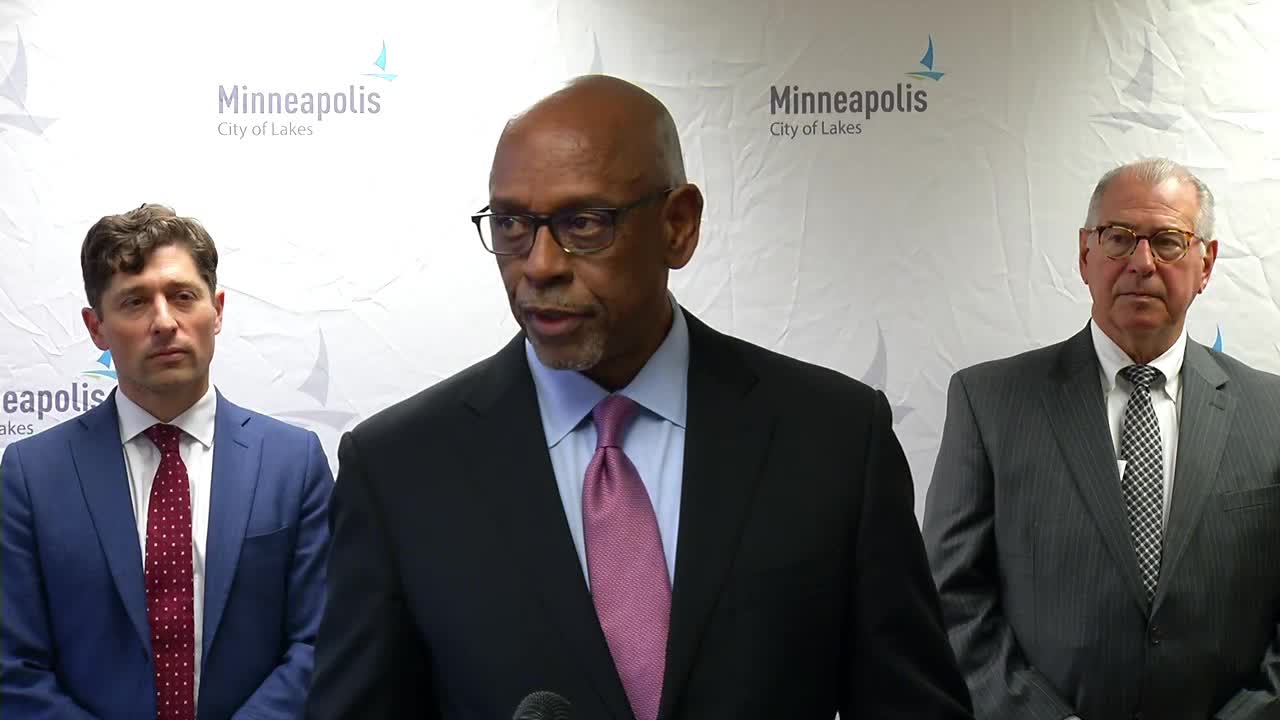 With the help of state and federal partners, Operation Endeavor is a multi-agency collaboration that uses crime statistics to focus enforcement in specific areas. The program rolled out in late September.

“People are seeing and are talking about the effects in terms of work is being done here,” said Dr. Cedric Alexander, Community Safety Commissioner for the city of Minneapolis. “So it’s not just me saying it is what’s being articulated to us about a public, and that makes a huge difference in terms of how the public feels about this operation.”

One area of focus has been in north Minneapolis along the West Broadway corridor – 5 EYEWITNESS NEWS was present for a bust that ended with the seizure of a gun with an extended magazine.

A north community staple, the Northside Achievement Zone (NAZ) says they can tell this work is helping.

“I would say that there is a noticeable difference,” Andre Dukes, vice president of family and community impact with NAZ, said.

Before the numbers were shared surrounding Operation Endeavor, NAZ had already planned to move out of their current office at West Broadway and Penn Avenues because of safety concerns. Their new location will still be in north Minneapolis, it’s about a mile and a half east down West Broadway.

“It’s going to take some time and some years to really address the root issues that are causing the violence,” Dukes said, adding: “We have to maintain hope. We have to keep hope alive. We have to believe that our community deserves better, and we have to work every day and be committed to making that happen.”

Read the full report below or here.