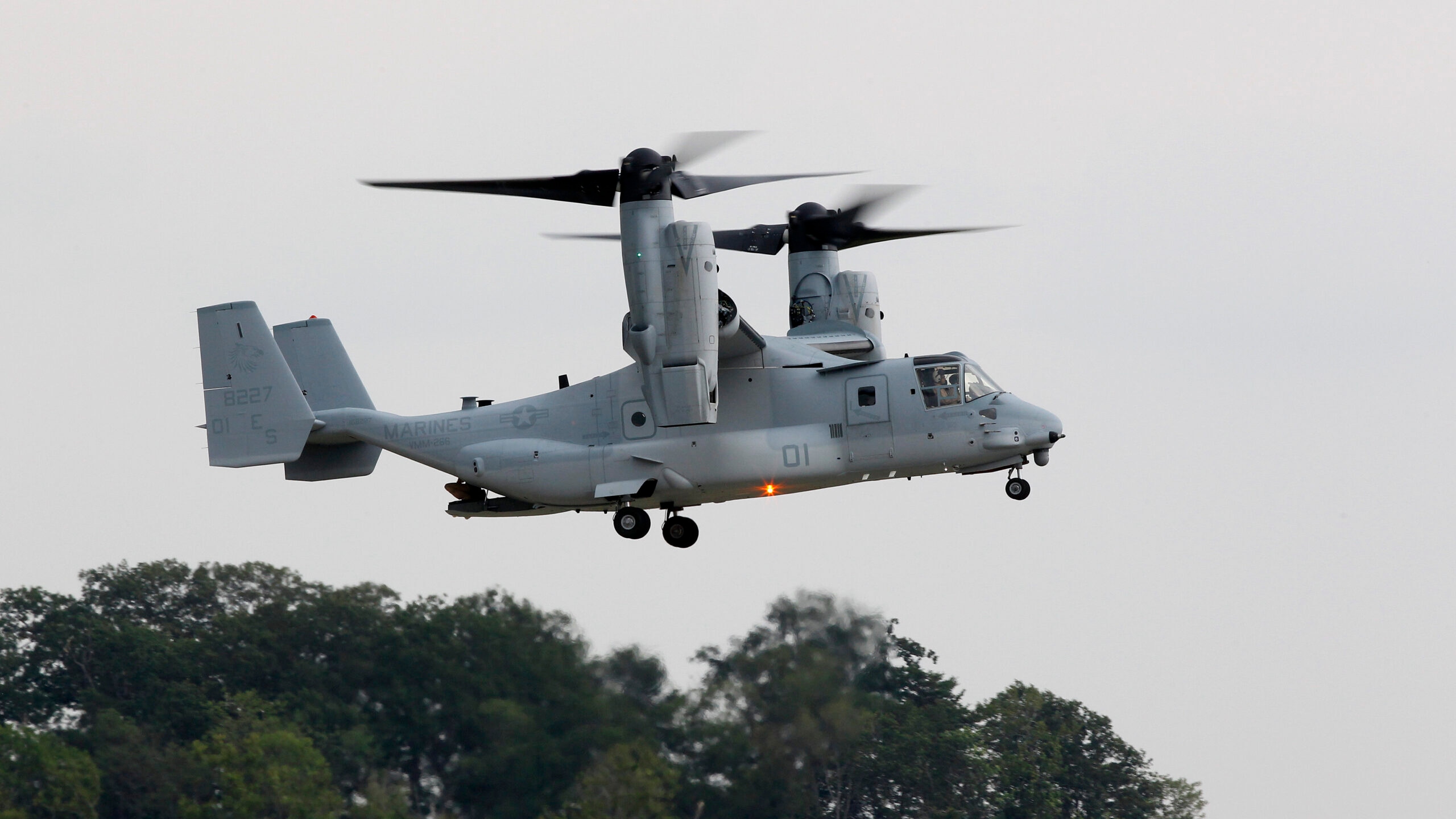 FILE - A MV-22B Osprey tiltrotor aircraft flies at Marine Corps Air Facility at Marine Corps Base in Quantico, Va., on on Aug. 3, 2012. Officials say a Marine Corps MV-22B Osprey carrying five Marines crashed in the Southern California desert, Wednesday afternoon, June 8, 2022, during training in a remote area near the community of Glamis in Imperial County. Military officials have yet to release official word on the fate of the five Marines. (AP Photo/Haraz N. Ghanbari, File)

Five Marines aboard an MV-22B Osprey aircraft died after a crash during a training mission in the California desert.

The aircraft was based at Camp Pendleton with Marine Aircraft Group 39 and was part of the 3rd Marine Aircraft Wing headquartered at Marine Corps Air Station Miramar in San Diego, the Associated Press reports.

“We mourn the loss of our Marines in this tragic mishap,” Maj. Gen. Bradford J. Gering, commanding general of the 3rd Marine Aircraft Wing, said in a statement. “Our hearts go out to their families and friends as they cope with this tragedy.”

The identities of the service members have not yet been released, pending next-of-kin notifications.

An investigation is underway, according to the Marine Corps statement.