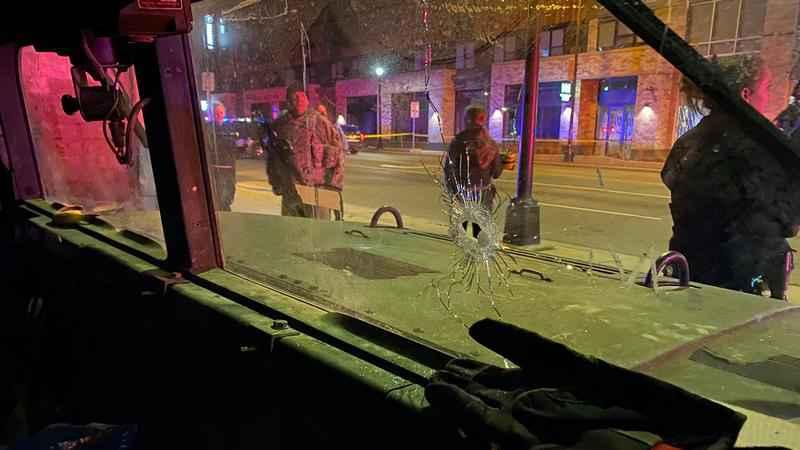 This image shows a bullet hole in a National Guard vehicle after shots were fired Sunday morning in north Minneapolis.[Courtesy of Minnesota National Guard]

The 28-year-old man who shot at National Guard members in April in north Minneapolis was sentenced to eight years on Monday.

According to court documents, 28-year-old Andrew Thomas is sentenced to 96 months (8 years) at the Minnesota Correctional Facility in St. Cloud for assault with a dangerous weapon, drive-by shooting and illegal possession of a firearm.

A criminal complaint says at about 4:20 a.m. Sunday, a team of National Guard soldiers and a Minneapolis police officer had multiple shots fired at them near Penn Avenue North and West Broadway Avenue.

Police then stopped Thomas for a traffic stop after his vehicle matched the suspect vehicle in the shooting.

After receiving a warrant, officers later executed a search of the vehicle and found two firearms, ammunition and two cartridge casings, according to the complaint.