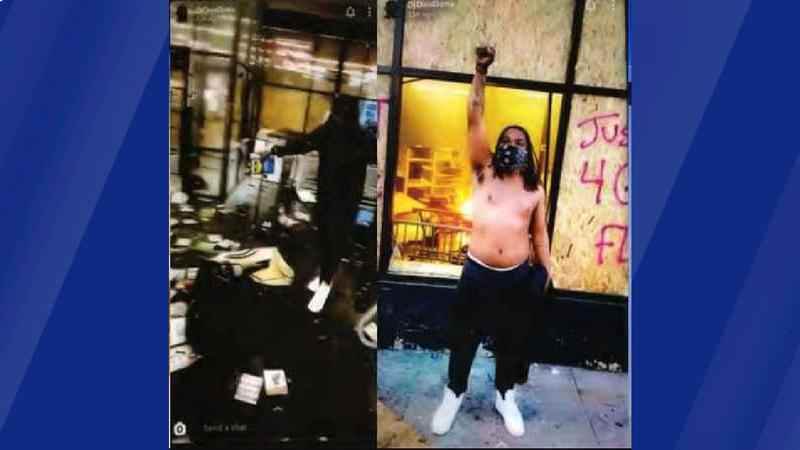 (Left): A still video from the first video, showing the pouring of liquid over the pawn shop. (Right): The man later identified as Lee, in front of the burning pawn shop.[U.S. Attorney's Office]

A Rochester man has entered a guilty plea in connection to the arson of a Minneapolis pawn shop.

According to his plea, Lee and others broke into the Max It Pawn on East Lake Street on May 28, 2020. Surveillance footage showed him pouring a fire accelerant around the pawn shop and lighting it on fire.

The building was destroyed by the fire, and a second video showed Lee in front of the building saying, "(Expletive) this place. We’re going to burn this (expletive) down," according to the complaint.

His sentencing will be set at a later date.