A pedestrian who was struck in a crash Saturday evening outside his Brooklyn Park home has died, family members have confirmed.

Family members say the victim, 65-year-old Paul Pfeifer, was a caring person who went out of his way to help others. He is survived by his husband of nearly 20 years, Joseph Pfeifer-St. James.

Pfeifer had just returned home from work, parked his car in the garage of his home and was headed to the mailbox — a routine from which he rarely deviated, family said.

Pfeifer-St. James told family he heard the sound of an engine revving, then screeching tires before his husband was hit in his own driveway before he could reach the mailbox.

Mark Freund, the cousin of Pfeifer-St. James, said Pfeifer’s death has been devastating. 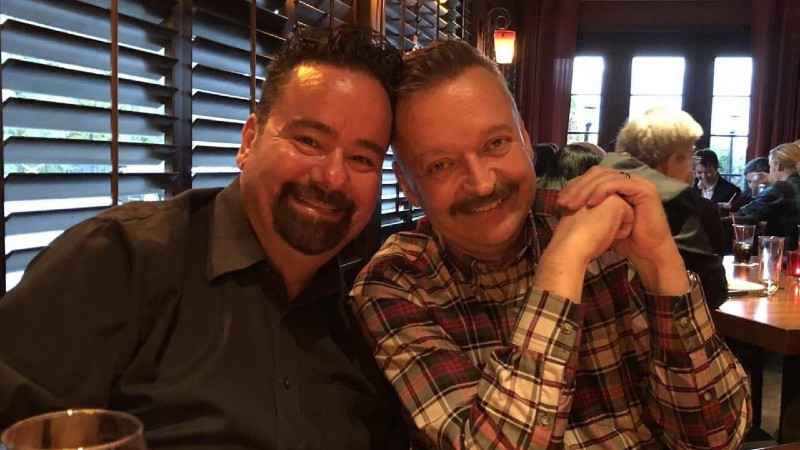 Paul Pfeifer, right, pictured here with his husband, Joseph Pfeifer-St. James, was killed in a crash at his home Saturday, June 12, in Brooklyn Park.[Courtesy photo]

"There’s not a mean bone in his body," Freund said. "He’s just the most gentle soul that you could ever know and loving to everyone and everything. Just a man who loved nature and loved life."

According to the Brooklyn Center Police Department, the crash happened on the 9500 block of Scott Lane North. Officers dispatched to the scene were told a vehicle left the street and hit a pedestrian.

That victim was taken to the hospital in critical condition and later died.

Christopher Dewayne Rice, 46, has been booked into the Anoka County Jail on suspicion of criminal vehicular homicide in connection with Pfeifer’s death. He has yet to be formally charged.