A Hastings man was charged Friday after several law enforcement agencies worked together to stop a stolen vehicle and possibly prevent a burglary Thursday.

The Chisago County Sheriff’s Office says the incident started after a woman’s vehicle was stolen while she was refueling it at a St. Paul gas station.

The victim’s husband, who was near his home, then saw the suspects driving his wife’s vehicle toward their home. He called 911 and Chisago County deputies, as well as police from Wyoming and North Branch, responded to the area.

"In the 30 years I’ve been in law enforcement, I’ve not seen this level of lawlessness by criminals, and we’ve had enough of it," said Paul Hoppe, the director of public safety for the city of Wyoming. 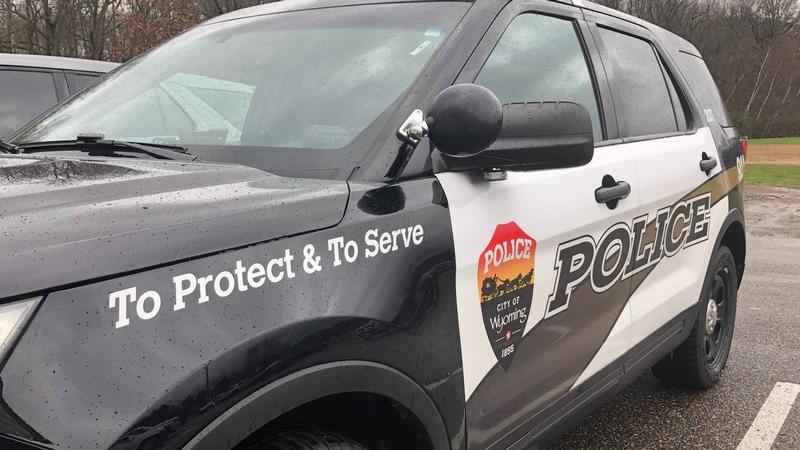 A Wyoming officer arrived first and found the vehicle near the city line separating Stacy and Wyoming. When the officer attempted a traffic stop, the driver took off on Interstate 35.

The departments then worked together to box the suspects in, and a deputy then executed a PIT maneuver to stop the vehicle. A male suspect jumped out of the vehicle and ran into a wooded area nearby. The sheriff’s office says he and a female passenger were arrested.

According to the charges, Wetteland admitted to stealing the car to go to Running Aces with his girlfriend, but they got lost on their way back to St. Paul.

"They rummaged through the car and found her wallet, and her driver’s license and other information with her address," said Hoppe. "They showed up at her house and I’m assuming it wasn’t with the intent of returning the car."

Charges say he also admitted to using heroin in the morning before the vehicle theft and was a regular heroin user.

The woman arrested in the case has not been charged.