Local economist, headhunter weigh in as record number of people quit their jobs

It’s known as the Great Resignation.

Employees have been leaving their jobs at a record pace. According to the U.S. Department of Labor, 4.4 million people quit their current position in September. Those employees account for 3% of the country’s workforce.

The pandemic has altered where and how people work.

“It changed a lot of expectations and it changed the way people thought about their hours and their days,” said Owens. “We’ve been talking about there was going to be a dearth of employees for the last 10 to 15 years, now it’s hit and it’s hit during a time of COVID and a time when people want to redefine themselves and do different things.” 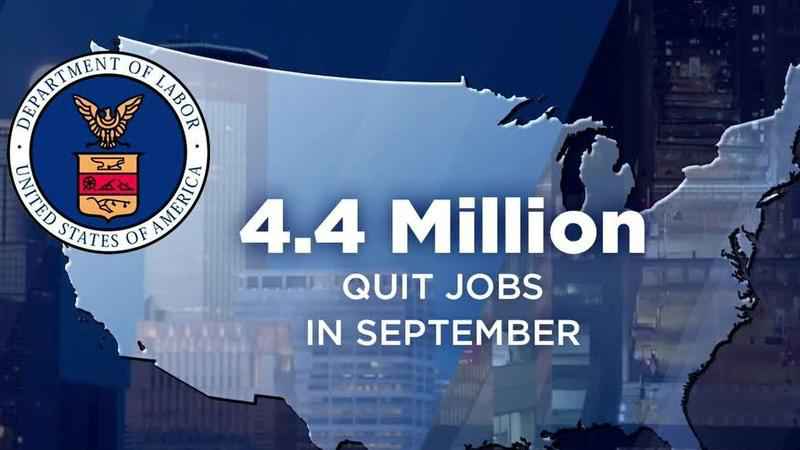 Minnesota also marked a record number of job vacancies in the second quarter of 2021.

“I think this is sort of a reset or level set where people are leaving jobs but there going out to retool themselves for a different set of jobs,” said Owens. “Maybe someone is going away from the foodservice industry and now that person is going to study accounting. […] I think we’re in a period right now where people are moving around, changing, and readjusting their lives and they’re leaving places but I think in a while we’ll see people come back in for things they want to do.”

Minnesota Headhunter’s Paul DeBettignies has observed the transition happening over the last year, as companies went from hiring freezes to feeling concerned about being able to hire enough people.

“A lot of people are reassessing who do they want to work for? Where, why, for how much?” he said. “People are looking for greener pastures. In some ways, in the tech and engineering side of things, most people are waiting for someone like me to actively reach out to them. They’re just waiting for those roles to drop on their lap on LinkedIn or in their email and so we have to become a little more aggressive, a little more forward, a little more outward reaching.”

On the flip side, however, he said there are also new job postings for positions that haven’t been open in a long time. Those jobs are garnering a higher number of applications.

“Usually we hear the stories about how companies are losing employees,” said DeBettignies. “Somebody is gaining a lot of employees too.”

The high number of vacancies has shifted the power from the employers to the employees.

“If you’re trying to hire someone, now you have to pay $15,000 more in the tech world than you did before,” said DeBettignies. “Your employees are hoping and expecting that, too — and if not, then they’re one of the people who are going to quit, become a statistic and go somewhere else.”

Companies are starting to offer more incentives to entice employees. Just months after announcing it will help student employees pay for tuition, books and education fees, Macy’s committed this week to boost its minimum rate to $15 per hour.

DeBettignies said one of his clients, a local grocery store chain, is now offering daily pay instead of bi-weekly checks. Another company he works with is offering flexible work-from-home options.

“We talk about the great resignation and I talk about people are voting with their feet, right?” he said. “They are making what is for them a rational decision to maybe change industries, change jobs. […] I think a lot of companies need to look inside and figure out what’s their leadership team? What’s their benefits? What’s the CEO like? What’s the reputation? What does Glassdoor look like? And maybe reassess a little bit about their business and how they’ve been treating people over the years.”

On social media, 5 EYEWITNESS NEWS followers listed a variety of reasons for quitting a job in the past year. Responses included retirement, burnout, low pay, feeling overworked and too stressed, wanting to work from home, and vaccine mandates.

“Some people are going to decide at the last minute to get vaccinated because they want their standard of living, their cost structure will be rapidly altered if they didn’t,” said Owens. “But some people are standing to principle, […] they’re not going to do it and will move away from those environments. The interesting question will be will the market move with it because the market seems to be moving towards the mandate.”