Many Minnesota families are reporting getting hit by a sickness with symptoms that seem to linger for weeks.

5 EYEWITNESS NEWS spoke with multiple parents who said their children tested negative for COVID-19, the flu, strep throat and respiratory syncytial virus (RSV), so they were left wondering what was wrong.

"In my four short years of parenting, my kids have definitely gotten sick, but we’ve never experienced anything like this before," said Jackie Thesing of Shakopee.

Thesing said her daughters, ages 2 and 4, had fevers that did not go away for five days followed by two weeks of runny noses and coughs.

"It just won’t go away and you kind of are just down for the count as a family," Thesing said. 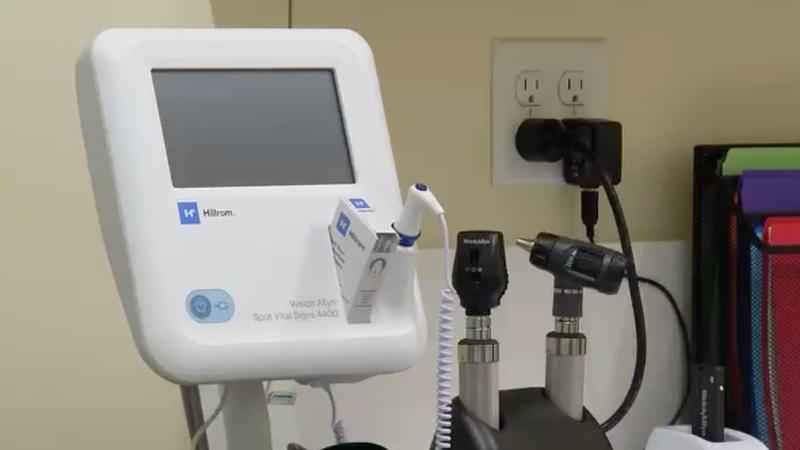 She took her children to the doctor and did not get much clarity as to what made them sick.

"They tested negative for everything they were willing to test them for. I was glad that neither of them had COVID, they didn’t have strep, but to not have answers really was hard," Thesing said.

Kendra Mattke in Andover experienced something similar who her two sons, who are 5- and 10-years-old.

"It was like, am I the only mom who has these kids who are super sick?" Mattke said.

She said her kids had fevers, upper respiratory infections and coughs for two weeks and she took them to the doctor three times.

"They just said, it’s a virus. It’s viral and there’s a lot of them going around. It’s just hard. It’s like, when’s this thing going to go away?" Mattke said.

He said patients often start out with a sore or scratchy throat, followed by congestion and a cough.

While it’s often not severe enough for someone to be hospitalized, the circulating illness seems to last longer than usual.

"A normal cold is going to last three to five days, maybe seven days. Unfortunately, a lot of people are experiencing these symptoms for two and three weeks and having these serious coughs," Smith said. "We’re not sure exactly what this virus is that’s causing these upper respiratory infections, so it’s certainly very frustrating."

Smith said we are still in ‘unprecedented times’ heading into this cold and flu season, especially since most people were not exposed to many sicknesses last year.

"Now they’re being exposed to the common viruses that are out there and are getting sick from these viruses," Smith said.

The Good Clinic has three locations across the metro where Smith said they encourage patients to take a proactive approach to staying healthy, especially heading into an uncertain winter season.

"Our focus really is on prevention. Certainly, with this cold and flu season coming up, you want to, first of all, make sure you have your flu vaccine and you have your COVID vaccine, but then also focus on a healthy lifestyle, things like activity, good sleep, good nutrition. And for those of us who have gaps in our nutrition, you may want to supplement with vitamins. Vitamin C and certainly in Minnesota in the winter, Vitamin D may be appropriate for you too," Smith said.

He said people who do experience lingering symptoms should call their doctor and get tested.

"But with this some of these colds and viruses going around, sometimes it’s just managing the symptoms with the typical over-the-counter medications, rest and pushing fluids," Smith said.

Minnesota families said they are ready for some relief.

"I am just hoping it does not come back around," Thesing said.

Mattke added, “I’m hoping this is it. This is all we’re going to have and then we’re good for the rest of the season.”