Wednesday, hundreds of protesters gathered amid a four-day event calling on state and federal leaders to stop the progress of Enbridge Energy’s Line 3 oil pipeline. The number of people in attendance was approximated by the organizers of the event.

Protesters were gathering for the "Treaties not Tar Sands Rally to Stop Line 3" at the Minnesota State Capitol in St. Paul.

"I think my whole life and my whole history is defined by water," Karen Goulet, a member of the White Earth Band of Ojibwe who is helping to lead the rally, said in a statement. "We are here for healing and prayer, and to shift the paradigm. We want to make a difference for the land, and for the water."

Organizers said tipis were erected across the capitol lawn as part of the rally. 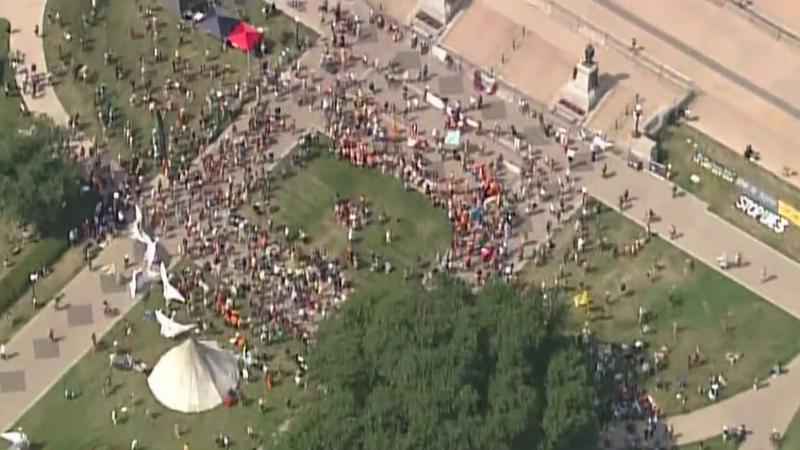 A group of approximately 700 protesters is making its way from the MLK Rec Center to the State Capitol.

Our officers are on scene to help keep them safe. If you’re in the area of Marshall and Western, please drive with care. pic.twitter.com/h0OqrIpbD2

The group of demonstrators has arrived at the Capitol. Streets are open again.

Tuesday, the Minnesota Supreme Court declined to hear an appeal by opponents of the pipeline, letting stand a key decision by independent regulators to allow construction to proceed. It has limited the legal options available to Native American and environmental groups that have been protesting at construction sites across northern Minnesota.

Enbridge said it has spent over $287 million on the project with tribal nations, citizens, communities and contractors, and has created thousands of jobs as well as millions in local spending and tax revenues. The company also noted the Minnesota Court of Appeals recently determined "the commission reasonably selected a route for the replacement pipeline based upon respect for tribal sovereignty, while minimizing environmental impacts."