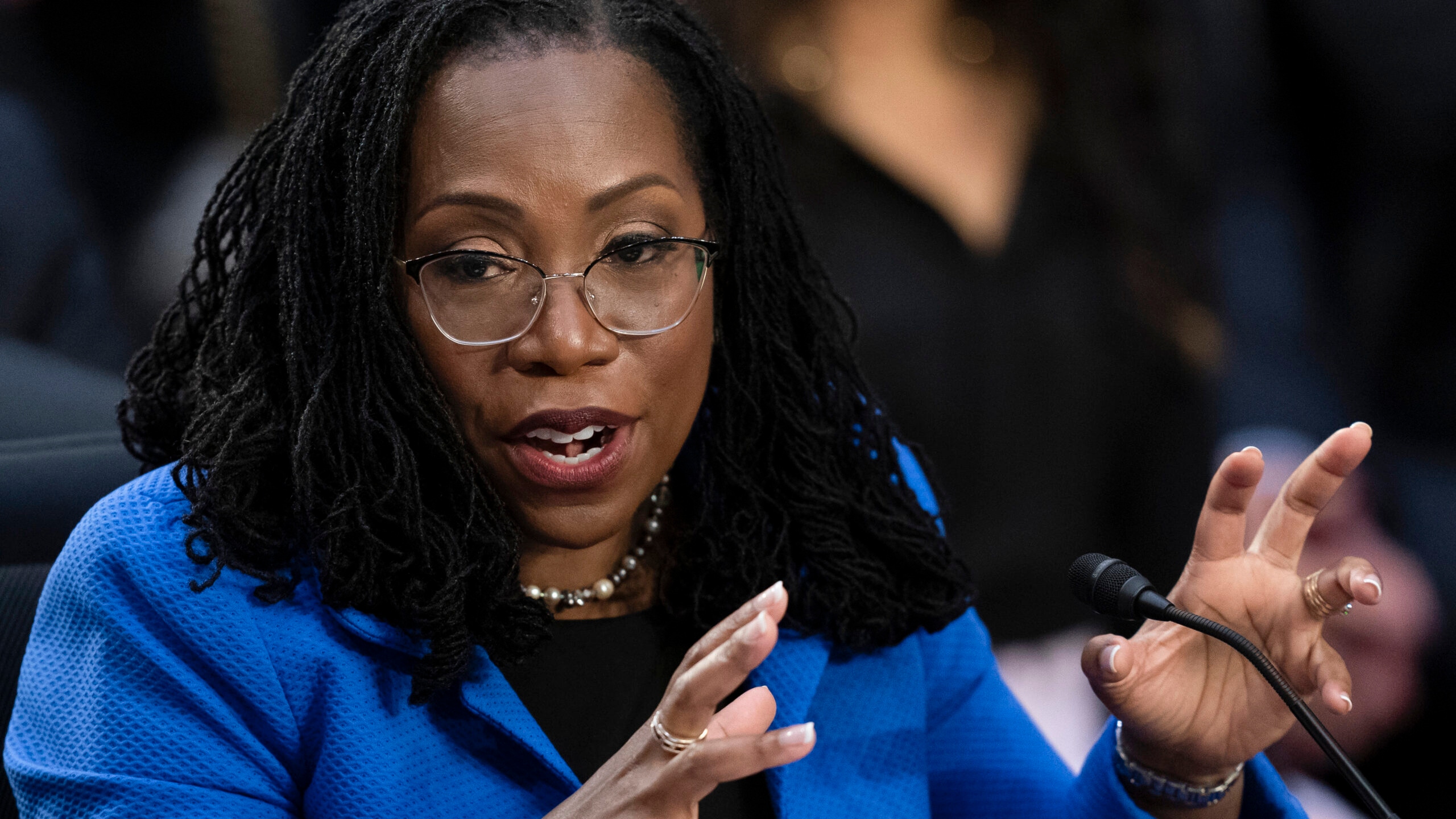 Legal experts praised Judge Ketanji Brown Jackson in her final day of Senate hearings on Thursday, with a top lawyers’ group saying its review found she has a “sterling” reputation, “exceptional” competence and is well qualified to sit on the Supreme Court.

The testimony from the American Bar Association and other experts came after two days of questioning from members of the Senate Judiciary Committee and wrapped up about 30 hours of hearings on Jackson’s nomination. In the days of questioning, Republicans asked Jackson about her record as a federal judge, including her sentencing of criminal defendants, as she seeks to become the first Black woman on the nation’s highest court.

“Outstanding, excellent, superior, superb,” testified Ann Claire Williams, chair of the American Bar Association committee that makes recommendations on federal judges. “Those are the comments from virtually everyone we interviewed.”

Williams said the group spoke to more than 250 judges and lawyers about Jackson. “The question we kept asking ourselves: How does one human being do so much so extraordinary well?”

Democrats are hoping to win bipartisan votes for President Joe Biden’s historic nominee, but Republicans have portrayed Jackson as soft on crime in her nine years on the federal bench. Jackson, supported by committee Democrats, pushed back on that GOP narrative in more than 22 hours of questioning, explaining the sentencing process in detail and telling them: “nothing could be further from the truth.”

The final, four-hour hearing Thursday featured not only legal experts but government officials and civil rights groups who supported Jackson and conservative advocates who opposed her.

Alabama Attorney General Steven Marshall, a witness invited by the minority, echoed the Republicans’ concerns. Marshall said Jackson’s supporters cite her as a voice for the vulnerable, but “we should be interested in exploring whether her zeal is equally fervent for another class of our most vulnerable — victims of violent crime.”

Illinois Democrat Dick Durbin, the committee chairman, noted that some Republican senators argued that Jackson was out of the mainstream when it comes to sentencing. Durbin asked the ABA whether such a concern would have surfaced in their interviews with the judges and lawyers who worked with her.

“It never came up in any of these interviews,” Williams said.

Joseph Drayton, another member of the ABA committee, said Jackson’s reputation is “stellar.”

Democrats tried to portray Marshall himself as out of the mainstream, asking about his efforts to overturn Biden’s 2020 presidential victory. Sen. Sheldon Whitehouse, D-R.I., asked Marshall whether Biden was the “duly elected” president. Marshall, who had supported a lawsuit to overturn Donald Trump’s defeat — would only say that Biden was president. The Supreme Court dismissed that suit.

The Senate committee is expected to vote on Jackson’s nomination by April 4. Democrats are hoping to hold a final confirmation vote by Easter in mid-April, when the Senate leaves Washington for a two-week break.

The GOP criticism was met by effusive praise from Democrats, and by reflections on the historic nature of her nomination. The most riveting came from New Jersey Sen. Cory Booker, who used his time not to ask questions but to tearfully speak and draw tears from Jackson as well.

Booker, who is Black, said that he sees “my ancestors and yours” when he looks at her. “I know what it’s taken for you to sit here in this seat,” he said. “You have earned this spot.”

Jackson, whose family was seated behind her, was silent as Booker talked, but tears rolled down her face.

Jackson was in tears a second time after similar praise from Sen. Alex Padilla, D-Calif., and she responded that she hopes to be an inspiration because “I love this country, because I love the law.”

GOP senators aggressively questioned Jackson on the sentences she has handed down to child pornography offenders in her nine years as a federal judge, her legal advocacy on behalf of suspected terrorists held at Guantanamo Bay, her thoughts on critical race theory and her religious views.

The focus on sentencing was part of a larger effort by the committee’s Republicans — several of whom are potential presidential candidates — to characterize Jackson’s record, and her judicial philosophy, as too empathetic and soft on criminals who commit the worst offenses. It was also reflective of an emerging emphasis on crime in GOP midterm election campaigns.

Sen. Thom Tillis, R-N.C., told Jackson she seemed like “a very kind person” — but “there’s at least a level of empathy that enters into your treatment of a defendant that some could view as maybe beyond what some of us would be comfortable with, with respect to administering justice.”

Jackson said she bases sentences on many factors, not just federal guidelines. Sentencing is not a “numbers game,” she said, noting that there are no mandatory sentences for sex offenders and that there has been significant debate on the subject.

Some of the cases have given her nightmares, she said, and were “among the worst that I have seen.”

Durbin began Thursday’s hearing by thanking most Republicans on the committee, but he also said “some of the attacks on the judge were unfair, unrelenting and beneath the dignity of the United States Senate.”

The sustained focus on her record suggested that, contrary to Democratic hopes, Jackson’s confirmation vote in the full Senate is unlikely to garner much, if any, Republican support. Still, several Republicans acknowledged that she is likely to be on the court. Democrats can confirm her without any bipartisan support in the 50-50 Senate as Vice President Kamala Harris can cast the tiebreaking vote.

Biden chose Jackson in February, fulfilling a campaign pledge to nominate a Black woman to the Supreme Court. She would take the seat of Justice Stephen Breyer, who announced in January that he would retire this summer after 28 years.

Jackson would be the third Black justice, after Thurgood Marshall and Clarence Thomas, and the sixth woman. Her confirmation would maintain the current 6-3 conservative majority on the court.

She would also be the first former public defender on the court, and the first justice with experience representing indigent criminal defendants since Marshall.