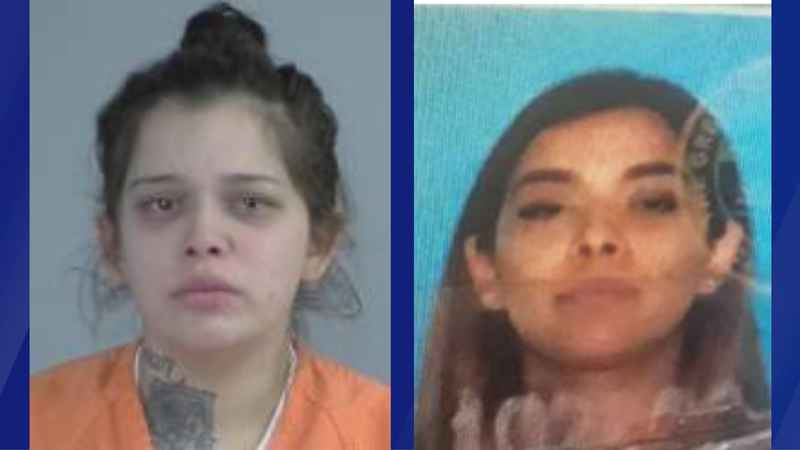 UPDATE: At 9:23 p.m., an investigator with the Nicollet County Sheriff’s Office told 5 EYEWITNESS NEWS that all four had been located safely by the Wyoming State Patrol.

Law enforcement is seeking the public’s help in locating three children who are believed to be traveling with a 28-year-old woman.

Julianna Gutierrez, 28, is on supervised release after being arrested for criminal sexual conduct and depriving parental rights charges, according to a criminal complaint filed in Nicollet County. An investigator with the Nicollet County Sheriff’s Office said she was booked into the jail last Thursday and posted bail two days later.

The sheriff’s office and Minnesota Bureau of Criminal Apprehension are attempting to find Brian Rigoberto Ballardo, 15, Matthew Israel Herrera, 2, and 1-month-old Benjamin Ariel Ballardo, who are all suspected to be with Gutierrez. Gutierrez is ordered to not have contact with Brian Ballardo; there is an existing order for protection, according to the BCA. Gutierrez also does not have legal custody of the two younger children.

The group may be traveling in a white 2011 Hyundai Sonata with California license plate 6MTU971. Both Brian Ballardo and Gutierrez are from California — Gutierrez also has connections in Las Vegas, Nevada, the BCA said.

Anyone who sees the vehicle, Gutierrez or the minors is encouraged to contact Nicollet County Sheriff’s Office Dispatch at 507-931-1570.