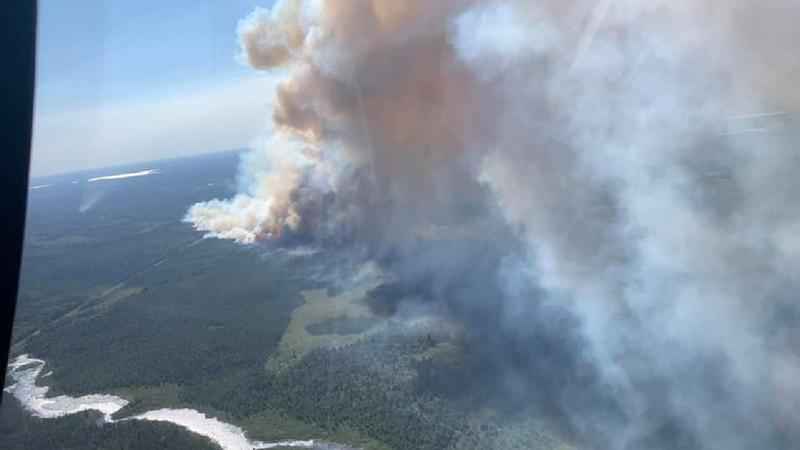 The Greenwood Fire — named after its origin point near Greenwood Lake, about 15 miles southwest of Isabella, Minnesota — encompasses an estimated "couple hundred acres," but the fire is moving quickly and its exact size is unknown, the Forest Service said in a news release.

Crews are working from the air and the ground to suppress the blaze, and an aircraft is surveying the fire to get a better idea of its size.

The Minnesota Department of Natural Resources had issued a fire weather watch for most of the state, including Lake County, where the Greenwood Fire is burning.

“The Minnesota National Guard’s additional support will be critical to responding to these wildfires and protecting the safety of Minnesotans and their property," Walz said in a statement. "I am proud that our Service Members have again answered the call to serve their fellow Minnesotans.”