Pressure is mounting for states across the country to provide more rental assistance payments. Last week, President Biden instructed the Treasury Department to look into why it has taken so long for states to distribute the nearly $47 billion dollars in federal funding for rental assistance. Only $3 billion has been used.

Minnesota received two allocations of federal funding for its RentHelpMN program, $375 million and $297 million. So far approximately $30.3 million has been distributed.

“Some of the national attention that came with the discussion around the federal eviction moratorium I think, to me at least, raises the point that it’s not that Minnesota is uniquely having a problem,” Minnesota Housing Commissioner Jennifer Ho said. “I think we’re kind of in the middle of the pack on this, and of course we’d like to be out on front, but speed isn’t everything. Getting it right is important, too.”

The state is getting at least 1,000 new applications every week, the commissioner said. Of the 36,452 total applications received so far, only about 6,630 payments have gone out.

Landlords like Tammy Mikkelson, who is also a teacher, have been waiting months for a payment. 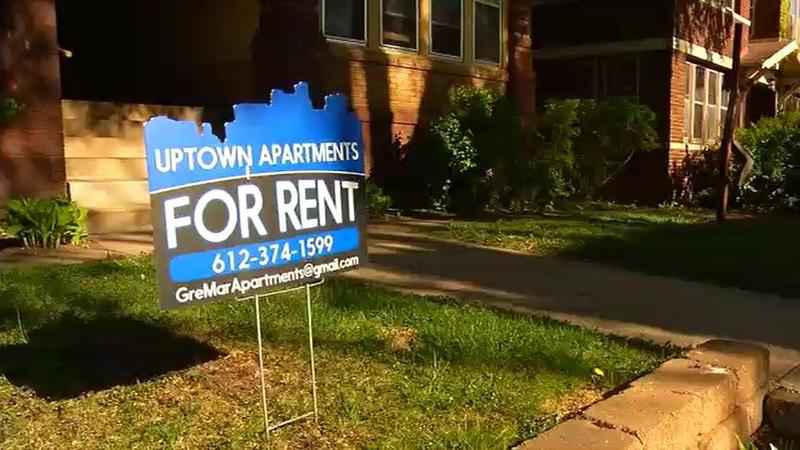 “It was very difficult because it’s August and I still haven’t been paid rent from April,” she said. “It’s been very stressful.”

Mikkelson owns a property in Plymouth. It was her home before she met her husband and got married 15 years ago.

“Instead of deciding to sell the house with the market crashing, we decided to keep it,” she said. “We’re like, ‘We’ll just rent it.’ We thought that would be a great idea. Looking back, I definitely would not do that again.”

Her tenant hasn’t paid rent during the pandemic but initially received rent assistance through a nonprofit. In April, the state launched RentHelpMN and her tenant applied for the program.

“Once the state took over, that’s when there were definitely problems,” said Mikkelson.

According to Mikkelson, her tenant applied in April. She requested April rent, along with May, June and July rent. The program allows renters to request three months of future rent in addition to back rent.

The request wasn’t approved until June. Still, Mikkelson was hopeful she would receive a $7,700 check.

“I’m like, ‘OK, this is great. I’m going to get paid in the next week or two and we can move on and figure out what to do from here with my renter,’” she said. “The money never came still has not come. I still have no money.”

State officials told 5 EYEWITNESS NEWS they don’t have an estimate for the average time it takes to receive a payment once the application is approved.

“We are looking at how to break out the metrics on that,” Ho said.

The state has, however, increased payments over the last several months.

“We went from $2 million in May, to over $8 million in June and over $15 million in July,” Ho said. “I’m hoping to see a month-over-month increase again in August. Getting those payments out the door is our top priority right now.”

Still, only a fraction of the total $224.6 million requested has been distributed.

“The largeness of these programs is what creates some of the complexity in terms of turning it on fast. The newness of it gets in the way of turning it on fast, and its intent is to create stability,” she said. “It’s not just one challenge. It is a lot of little individual different things, so we’re trying to figure out what is the pattern, how do we cluster these things so that we kind of get group fixes.”

The department has added accountants to help relieve some of the burden and increase payments.

“I believe there are still fixes that are required,” Ho said. “I want to own that. This is not a perfect system. My team wants to see it work better, but every day there are improvements being made or new problems being identified that are going to need new solutions.”

Mikkelson told 5 EYEWITNESS NEWS she called RentHelpMN every day for weeks to find out why she hasn’t received her payment yet. In addition, she reached out to Gov. Walz and Rep. Barb Haley’s offices.

She said RentHelpMN promised payment on multiple dates that have now passed. Then on Tuesday, a representative from the state agency told her she should receive a check on Wednesday, which will be adjusted for the delay and provide funding for August rent, plus the next three months — through November.

“This is obviously a very small consequence compared to what other people have been through that have lost loved ones, but it is something the state needs to take care of and get fixed,” Mikkelson said.

Minnesota Housing told 5 EYEWITNESS NEWS they will work with landlords and tenants to adjust for any delays. Renters are urged to ask for funding for both back rent and three months of future rent when they apply for assistance. If a renter didn’t request this, they can call 211 to have it added to their application.

If there is a delay once the application has been approved, a Minnesota Housing spokesperson explained the agency will adjust the payment to account for additional months of missed rent and extend the three months of future rent to accommodate the adjustment.

“I do feel really bad for the landlords who had their renters move out, or their renters who just refused to apply for assistance. Those people right now are getting nothing,” Mikkelson said. “Ours has been significantly delayed but at least I see hopefully an end in sight and hopefully we will get some rent for the house that we still have to pay the mortgage on, we still have to pay the taxes on.”