A man got a big surprise from the Saint Paul and Seattle police departments.

The 25-year-old is on the autism spectrum.

Tim sent letters to Seattle K9 officers asking for photos of their dogs. Instead of sending photos, Seattle and Saint Paul police officers personally delivered him some K9 swag. 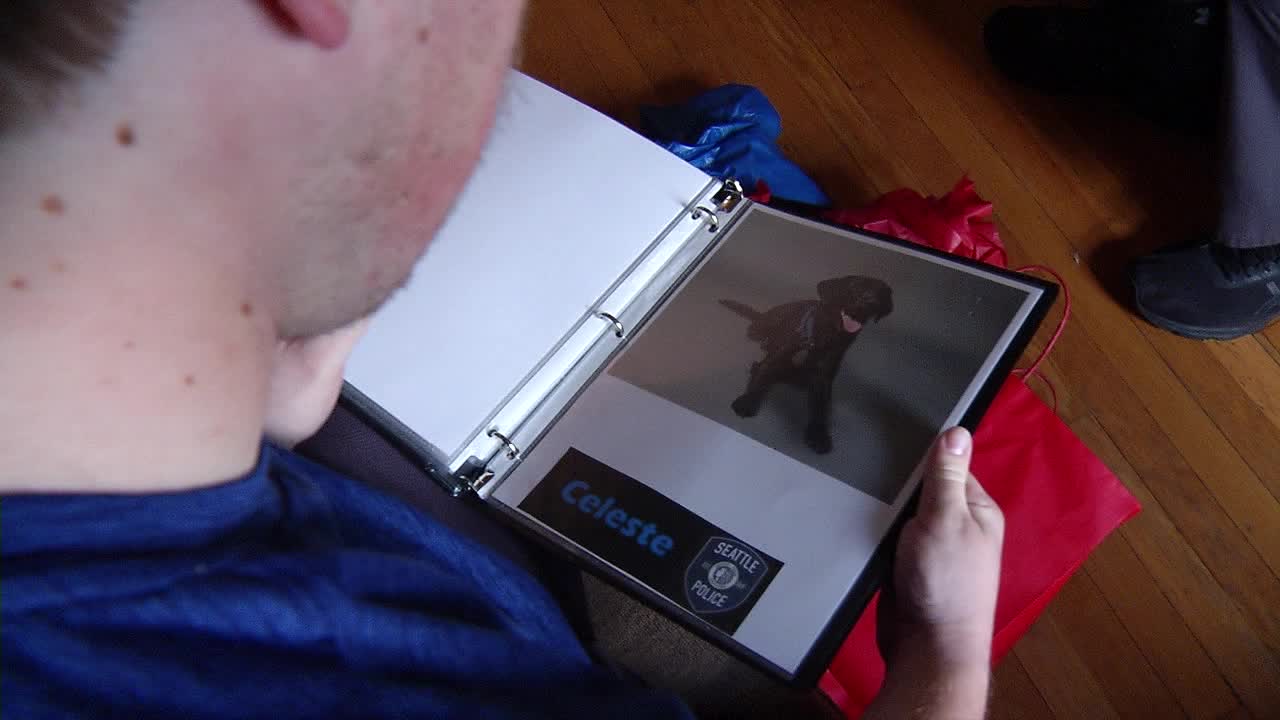 Man with autism gets a K9-themed gift from police officers.

“It’s awesome,” Seattle Police Officer Chris Christman said. “It’s great to know that we still have the support out there.”

It took several months to set up the surprise and deliver the gifts.