Three former officers who were with Derek Chauvin during the arrest that led to George Floyd’s death face federal trial this week on charges they violated his civil rights.

J. Alexander Kueng, Thomas Lane and Tou Thao are broadly accused of willfully depriving Floyd of his constitutional rights while acting under “color of law,” or government authority.

“The essential question is different than what we saw in the Chauvin trial and most of these other trials, it’s not about what a police officer did – it’s about what these three police officers did not do,” explained Mark Osler, a former federal prosecutor. He is also a professor at the University of St. Thomas School of Law. “There’s not going to be as much focus on the cause of death, or the actual death, and there’s going to be much more of a focus on the duty the officers had.” 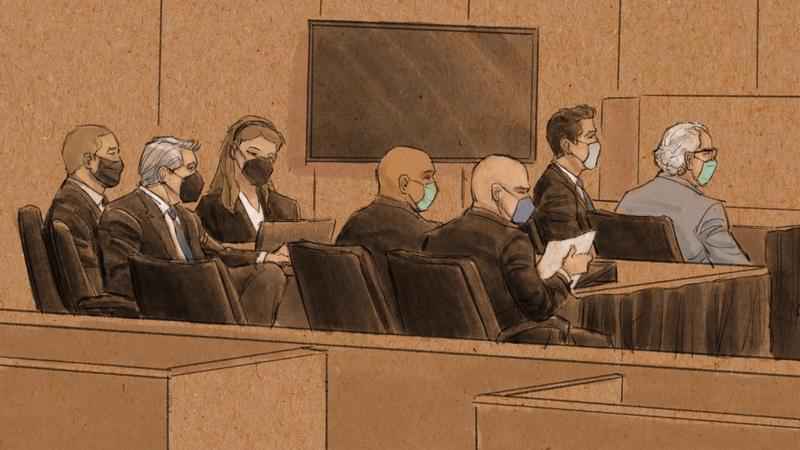 In this sketch, former Minneapolis police officers Tou Thao, J. Alexander Kueng and Thomas Lane appear in the U.S. District Court in St. Paul for a hearing ahead of their federal trial over civil rights charges related to the death of George Floyd while in their custody.[Cedric Hohnstadt]

Federal Court Senior Judge Paul A. Magnuson will lead the way with the questioning of potential jurors for the case, not any of the attorneys at the St. Paul federal courthouse Thursday morning.

“The judge is saying he wants to get the whole trial done in two weeks and that [amount of time] is what jury selection took in the trial of Derek Chauvin in the state court,” said Osler. “To get jury selection done in two days you’re going to see the judge taking an active role in limiting what can be asked of the potential jurors coming in.”

The potential jurors will be from across the state of Minnesota.

"It’s sometimes what happens in federal court, is that the judges will let the lawyers submit questions to them, and then the judges will ask those questions if they find the questions appropriate,” said Rachel Moran, a former criminal defense attorney and current University of St. Thomas law professor. “But he’s dramatically shorting the time the lawyers will spend with each prospective juror"

The lawyers for both sides will be given the opportunity to introduce themselves to the potential jurors.

Judge Magnuson mentioned at a hearing earlier this month that he plans to bring in 36 potential jurors at a time for questioning and that he’ll keep going until 40 people have been found to be possible jurors in the court’s opinion. At that point, attorneys from both sides will be able to use strikes to remove people they don’t want to be on the jury.

The goal is to have 18 jurors seated with six alternates for trial.

“It’s the practice in federal court that the judge is the one who does the bulk of the questioning of the jurors,” said Erica MacDonald, a partner at Faegre and Drinker. She previously served as a U.S. Attorney for the District of Minnesota and as a Minnesota District Court judge. “A judicial officer typically has their script of questions but they’ve also sought input. Judge Magnuson would’ve sought input from the lawyers to say are there any unique or sensitive questions you want me to ask?”

According to MacDonald, Judge Magnuson will likely ask the potential jurors whether there is anything in the case that would prevent them from making a fair and impartial decision.

“What are your views towards law enforcement? Are they positive? Are they negative? Are they ambivalent?” she said, for example. “You do your best both as a lawyer and as a judge to get in their mind and really figure out if this is a case where they can be fair and impartial.”

Judge Magnuson stated he expected the process could last a couple of days.

“I would say for the judge to allow for two days is a good healthy time in federal court to find a fair and impartial jury that can preside over this matter,” said MacDonald.


The Associated Press contributed to this report.